When Friday rolled around I was ready for one big exhale. Lucky for me, it started in just that way with a breakfast date with David. 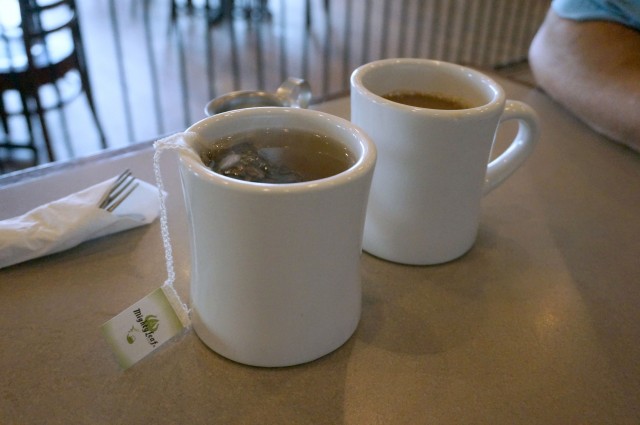 In a rare change of pace, we had our sitter come for the morning so we could grab breakfast and catch up with  each other at a time of day that my brain is still fully functioning. Does anyone else mentally shut down around 7pm?

After knocking out some of the to-do list and fitting in bootcamp (shoulders and biceps), we settled onto the couch that night with a Papa Murphy’s pizza and The Imitation Game, which was a really good movie- finally.

Saturday morning was all about celebrating some GREAT news! 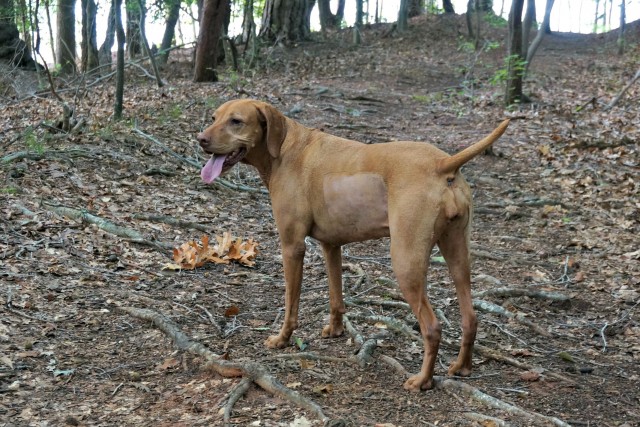 After 5 months of treatment, Koda is in complete remission!

When we got the phone call I was overcome with happiness and Koda got several spoonfuls of celebratory peanut butter, which she gobbled right up.

There was some concern last week about her liver levels, thus the shaved belly for an ultrasound, but it came back clear. Now she has a month of liver medication and then we move to monthly check ups.

Though in the back of my mind, I know it is not a cure and the vet says the lymphoma will return, it’s just a matter of when, right now we are focusing on our happy pup who is full of energy and ready to play. We love her so much! 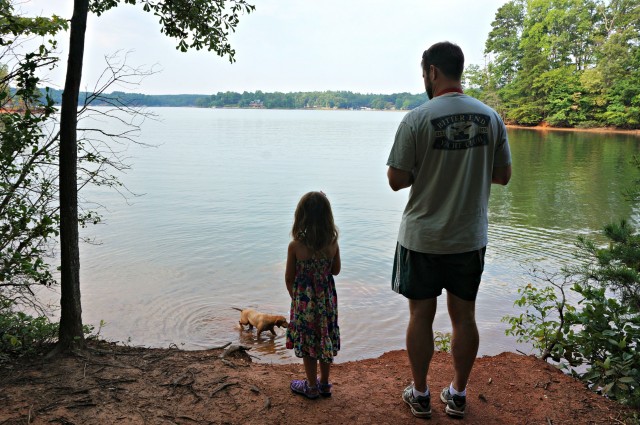 We all went hiking at Lake Norman State Park Saturday morning and had a blast! 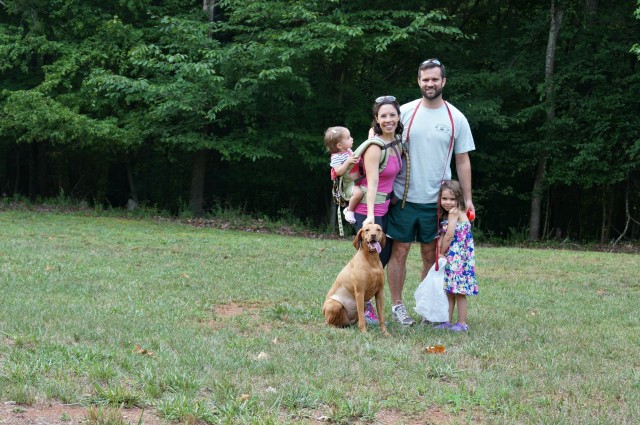 They have a new feature of kid-specific pamphlets and Hailey had a great time with the scavenger hunt list. 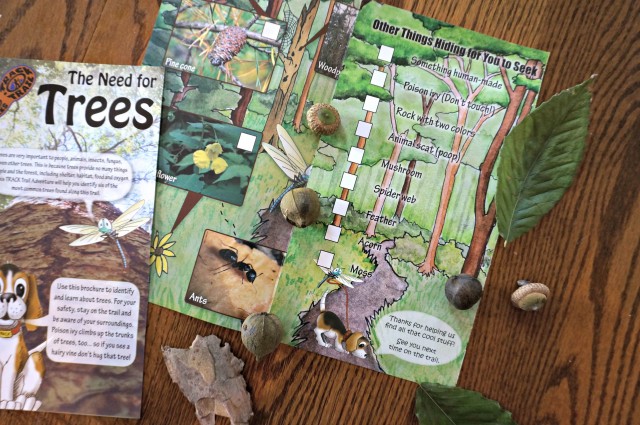 That evening, we tackled something I’ve been itching to try for a while now. 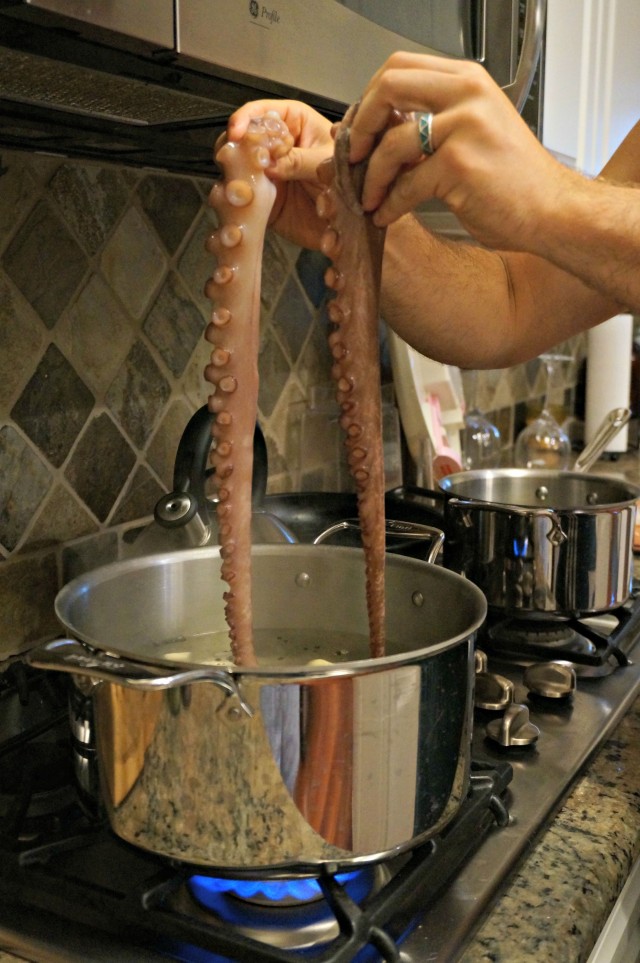 Octopus! We simmered it for about 45 minutes in seasonings, then tossed it on the grill for a couple minutes on each side. 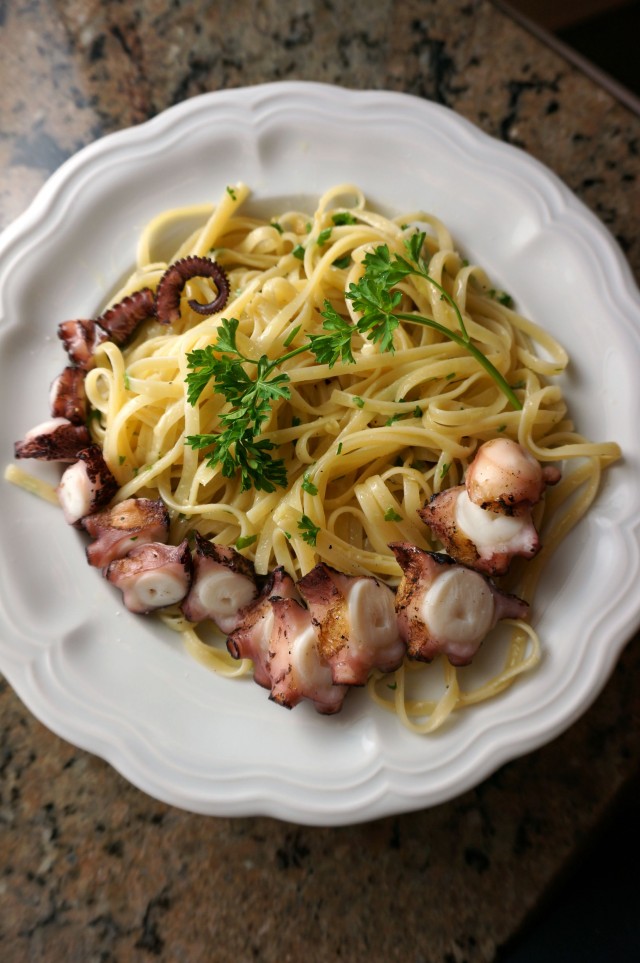 I served it on top of a lemon garlic linguine. The verdict? The skin was a little chewy/fatty tasting, but once you got past that the middle tasted like a scallop- delicious! Oddly enough, Hailey was not freaked out by the whole process and ended up eating about 1/3 of my tentacle. She never fails to surprise me on what she chooses to be adventurous with.

David worked Sunday so I got the girls dressed and out early to enjoy the playground while the temperature was in the high 70s- gorgeous! 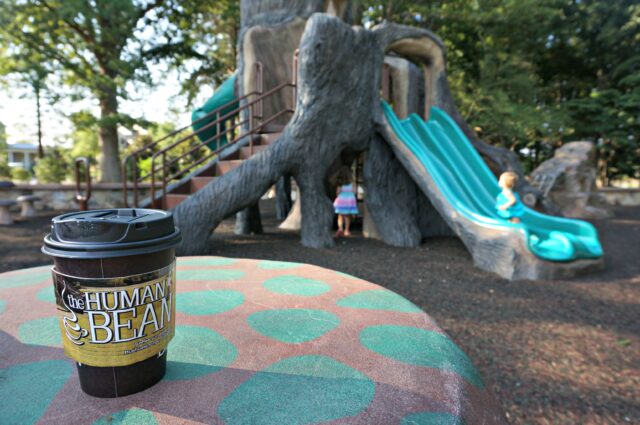 The afternoon was dedicated to some meal prep, then everyone was a little stir crazy (cranky) so we ate some homemade blackberry and yogurt pops 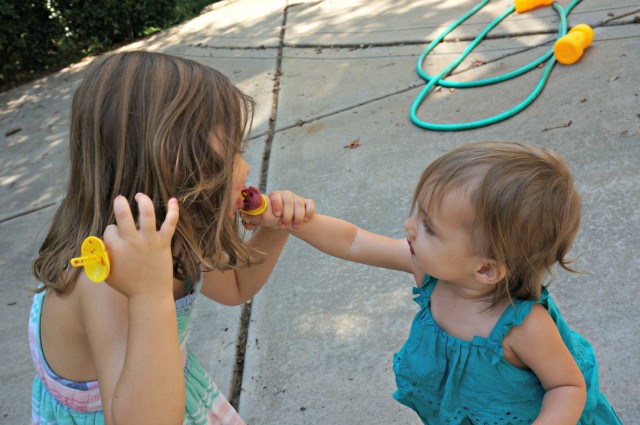 which proved to be a messy decision. We threw our clothes in the wash and headed out for a 3 mile walk and finally everyone was smiling again. 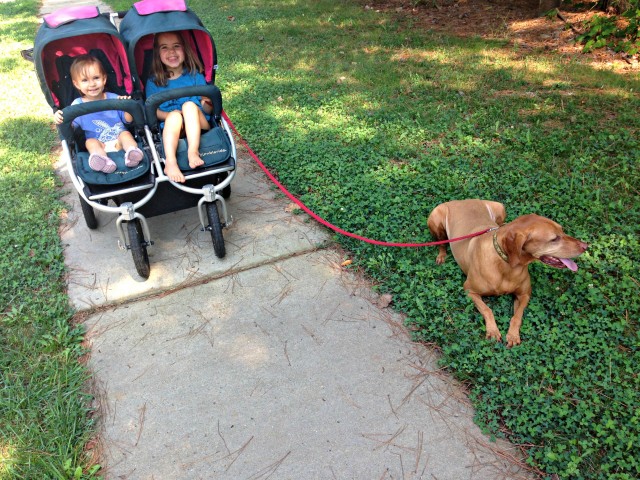 That evening the girls crashed early (both were asleep by 6:30!). 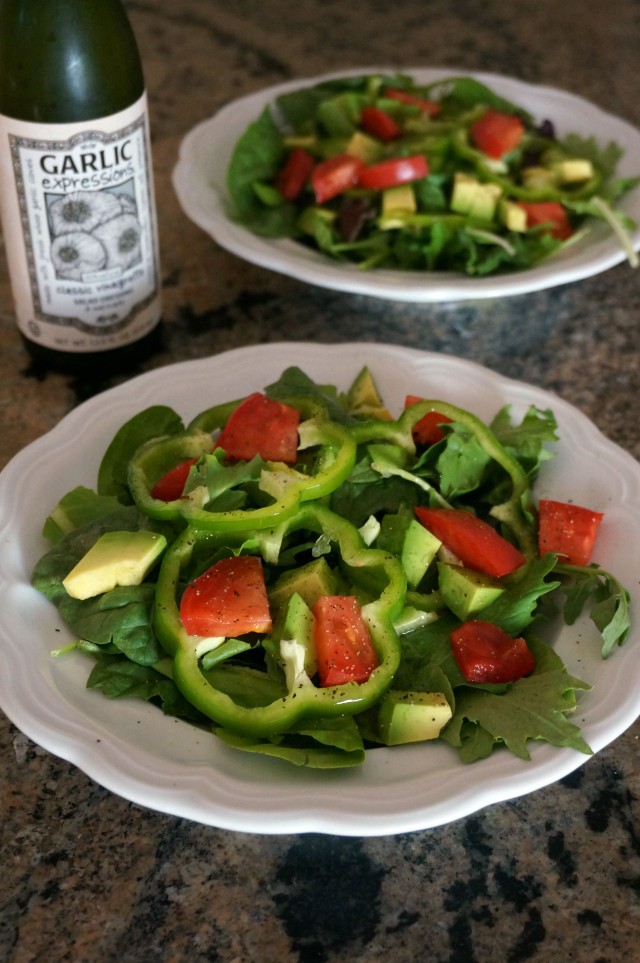 I finished up our pesto pizza on whole wheat crust and we curled up on the couch to watch another installment of the documentary series The Story of Us. 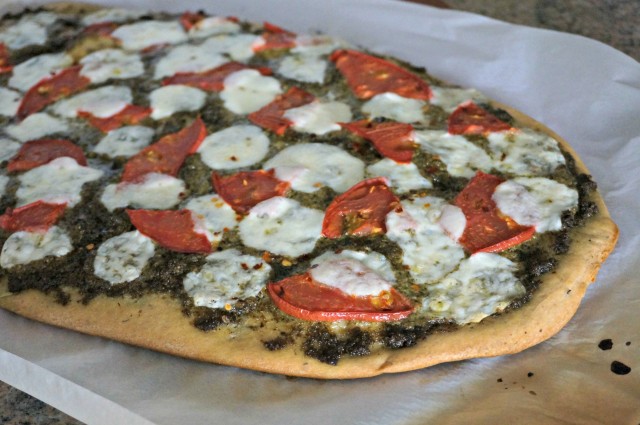 I was pretty proud that I nailed the crust. I like a crispy underside and get pretty pumped when it works out! 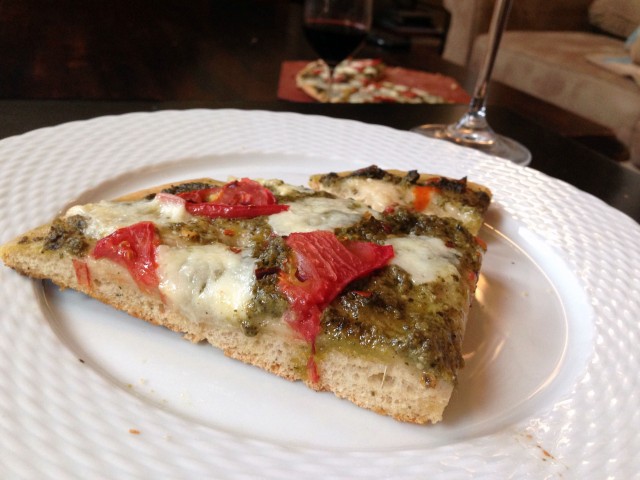 Now that early bedtime is coming back to kick me because Kaitlyn is up early, so off I go. Lather rinse repeat.

Did you get outside?

Any other history lovers out there?