Thank you so much to everyone that provided a guess as to what my mystery CSA item was yesterday.  After from hearing from a few people that their best guess was ‘leeks’, I decided the vegetable from there on would officially be considered a leek.

Determined not to let the funny veggie go to waste, and encouraged by the cloudy skies, I decided it would be an OK day for soup. 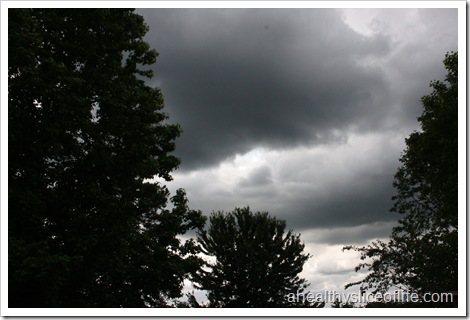 After all, it was cool enough out for Koda to lounge outside and eat salad (or some may call it grass). 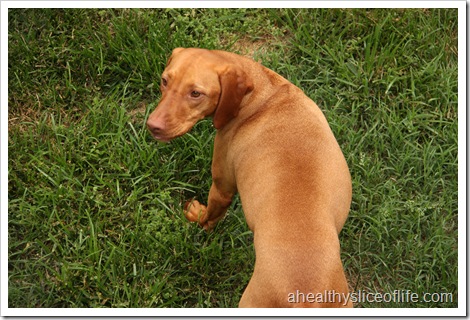 And, lucky for me, I had some leftover potatoes from last week’s CSA pick up.

After extensive googling, I couldn’t decide on a recipe. Instead, I chose to make one up, using what I happened to have around the house. 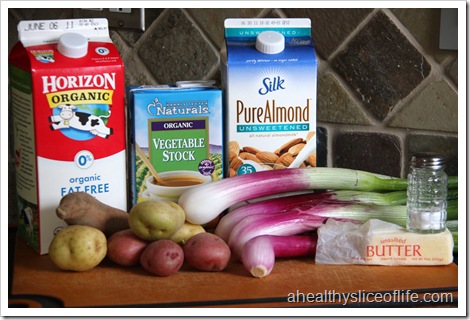 Simple ingredient list, right?  It was! But I forgot to add one thing in… BACON.

I cut up 1 slice of bacon and put it into a large pot with my butter. 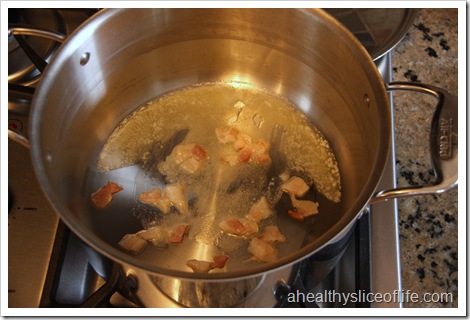 While the bacon sizzled, I diced my veggies. 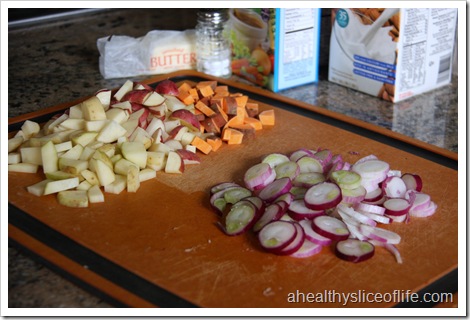 Once the bacon was cooked, I added my leeks and a solid shake of salt and let them cook over medium-low heat for about 25 minutes, stirring occasionally. 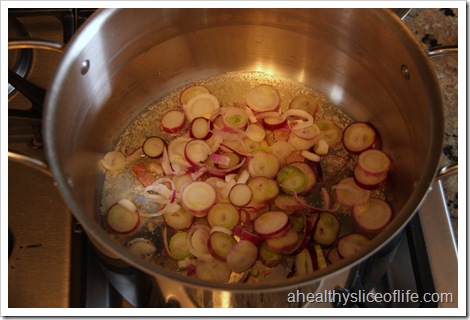 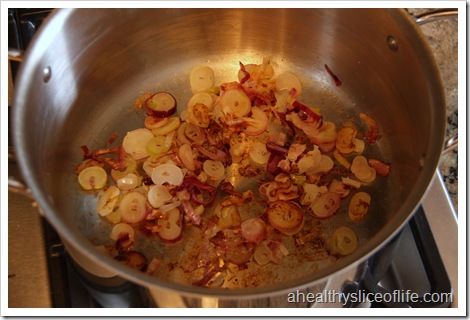 After 25 minutes, I added my diced potatoes and the vegetable stock. 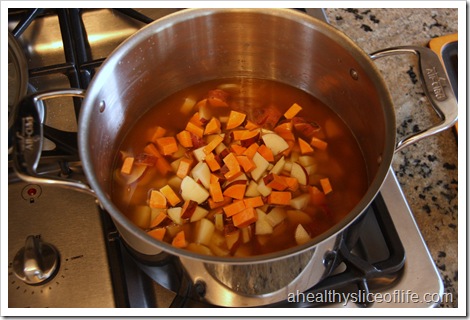 I let it simmer at medium-low for 45 minutes, until the potatoes were soft.  At this point, I would have used my emulsion blender… if I had one.  But I don’t so instead, I took 2 batch of the chunky soup into the blender. 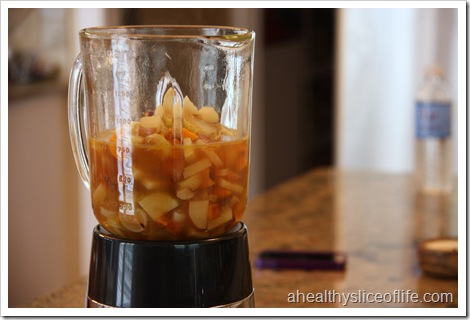 With the middle part of the top removed (to allow steam to escape), I blended my soup! 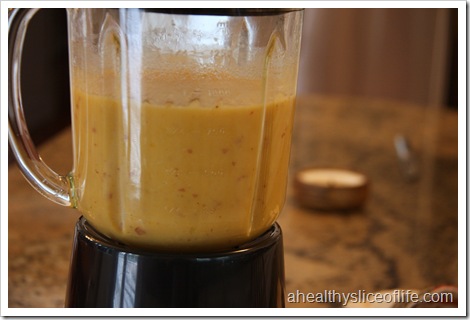 Once all had been blended, I returned everything to pot and added my milks. 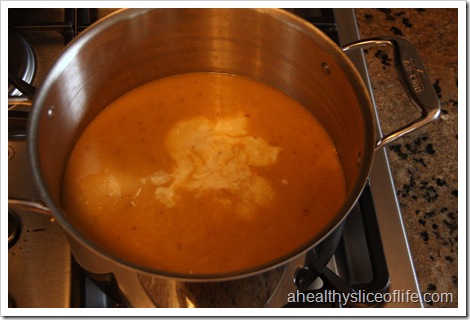 I stirred it all together over low heat until everything was warmed, then served it up! 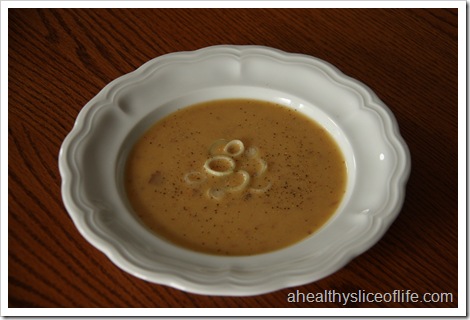 Garnished with sliced leeks and freshly ground pepper.  (Ok, you caught me… it’s not freshly ground.  It’s sprinkled out of the black pepper can.) 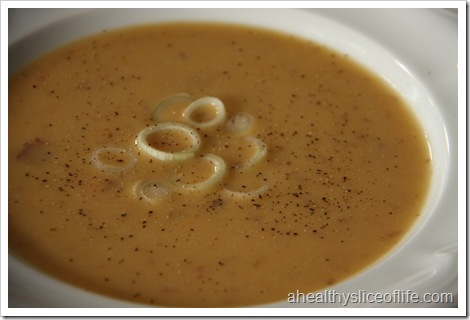 The soup was light with a delicious, mild flavor.  I gulped it down and really enjoyed it.

Plus, it is a light soup!

Before the pregnancy hate mail comes, I’m not trying to go LOW CAL and starve my baby (as a select one or two people have sent emails about…), I’m simply impressed that I created such an easy, healthy, homemade soup- that’s low cal, too!

Have you given up soups for the season yet?

I’m glad I squeezed this one in 🙂