I consider the kitchen my territory. I’m in there for what feels like most of the day, cooking, prepping, wiping down messy spaghetti covered babies, so my domain, right? So imagine my surprise when David suggested a new gadget and style of cooking to me and it was one I had never even heard of. Sous vide. 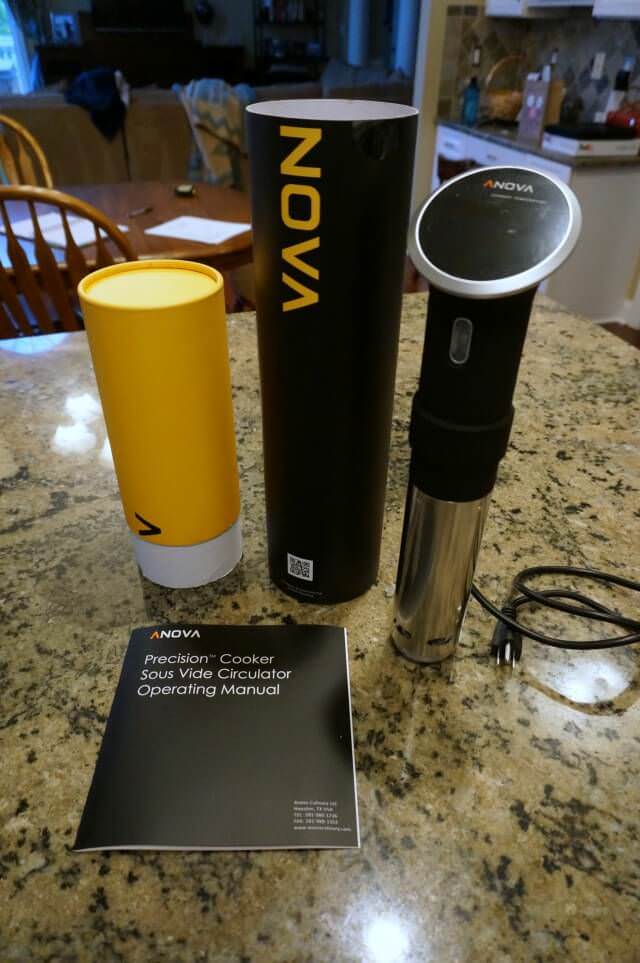 Have you heard of it? The name, sous vide (sue veed), is French for “under vacuum” which is how the food is prepped before it is cooked at a low, steady temperature in water over time. The intent of this cooking method is to cook the food evenly throughout and retain moisture.

I honestly didn’t want another gadget in the kitchen, or perhaps I was just offended at the intrusion of my domain (I kid, I kid), but then one day (last week), guess what arrived at my doorstep? Yup. This guy.

I’ll admit that once it was in our possession I was pretty excited and we wasted no time putting it to use. 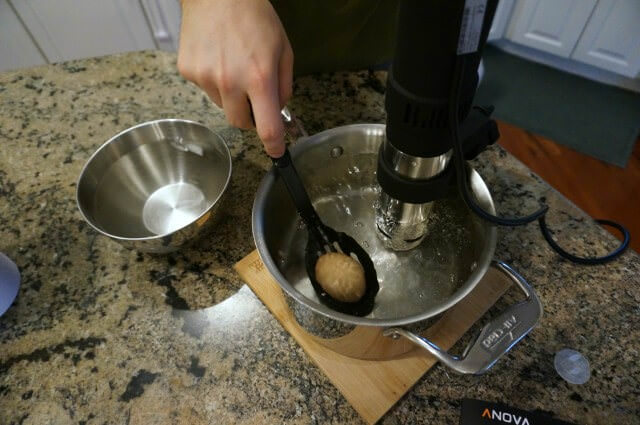 David started with an egg, which he claims he poached, but I called soft boiled. Either way he ate it on toast and was pumped with his success. I was more intent for trying it out on our steak fajita dinner, as it’s supposed to be incredible for even cooking and making a tender steak. 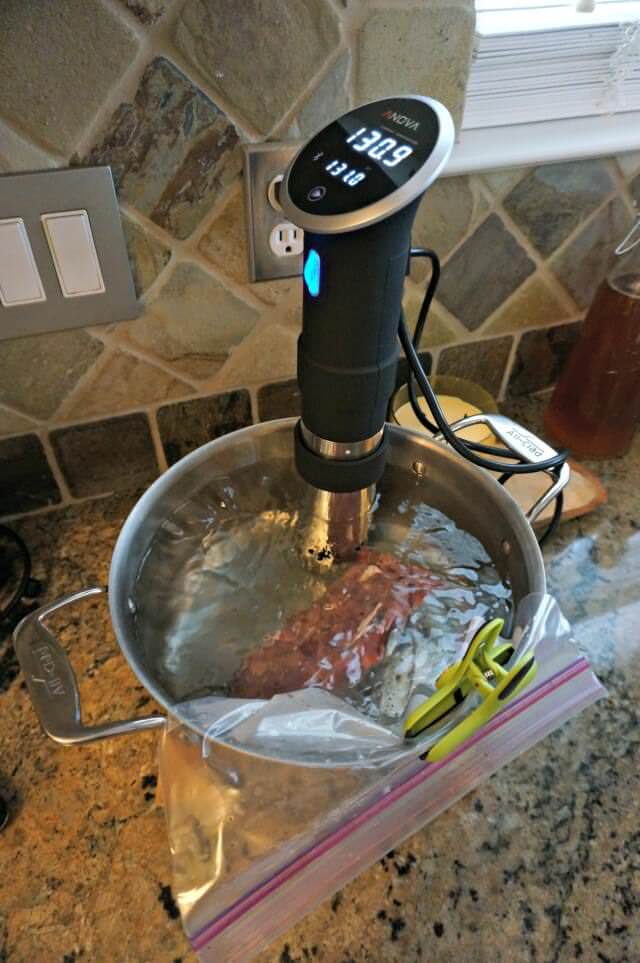 This is a great guide to picking your temperature for your desired cook of the steak and how to cook it. We chose medium-rare and set the sous vide stick to 131. Though it only needed about 45 minutes in the water bath, our circumstances ended up keeping it in there for about 10 hours, but unlike a slow cooker, it’s held at a specific temperature, which ensures it doesn’t over cook the steak. It’s a tough concept to wrap my head around, but I’m getting there.

I also finally realized why David wanted it so badly. 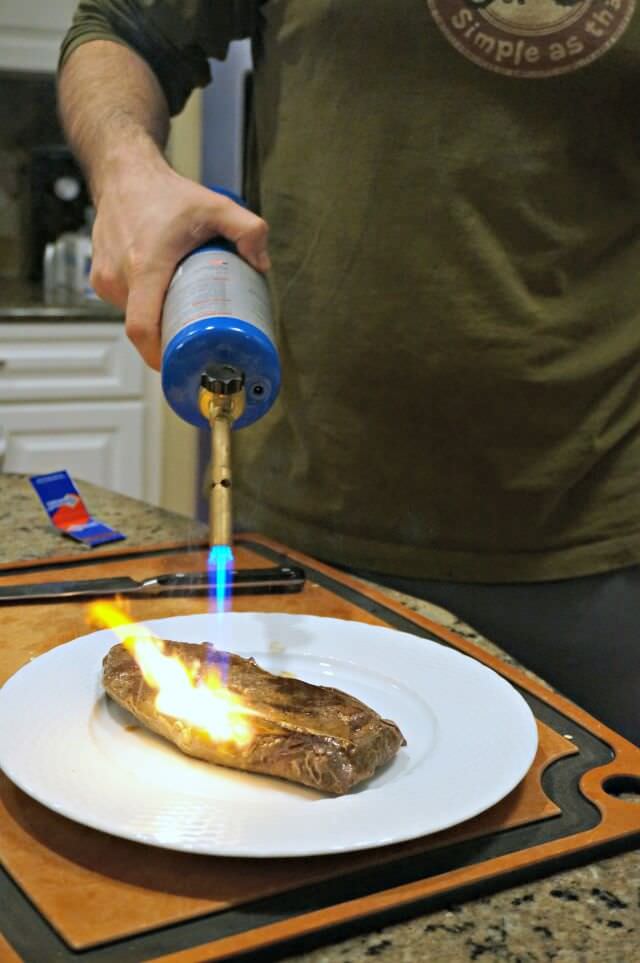 Finally, an excuse to bring the blow torch in the kitchen. Men.

After a quick sear (which we totally could have done in a pan), we checked out our results. 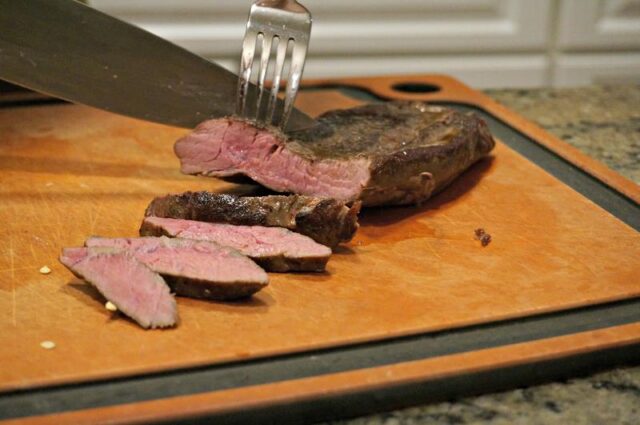 Dang. I’ll admit I was very impressed! It was perfectly done, incredibly tender and the juices stayed in the steak instead of running all over my cutting board like they usually do. It made for a freaking amazing fajita. 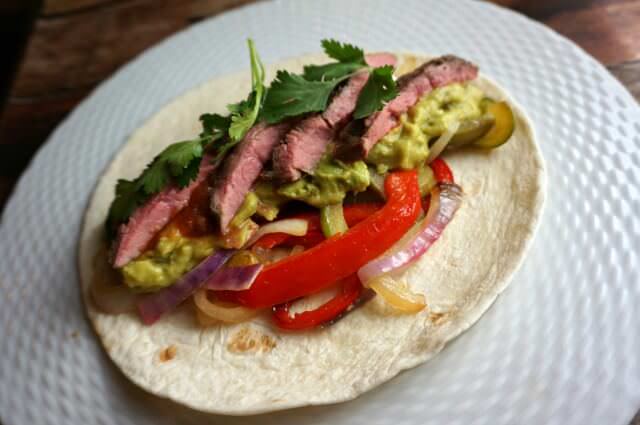 I braved using it on my own last night for a turkey tenderloin. Since we don’t own a vacuum sealer, I used the water displacement method. 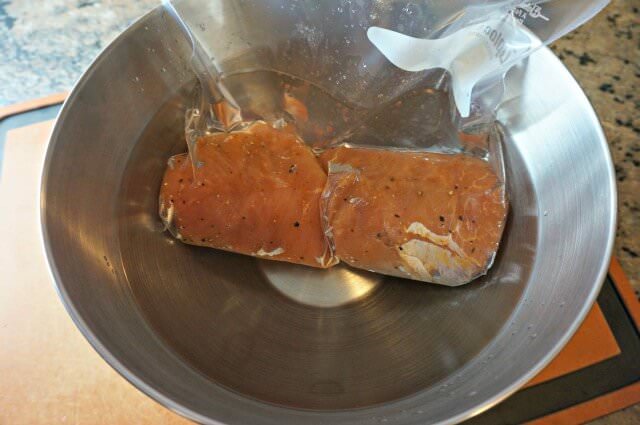 I let the sous vide to its thing for several hours before searing it in a pan. Then, dinner! 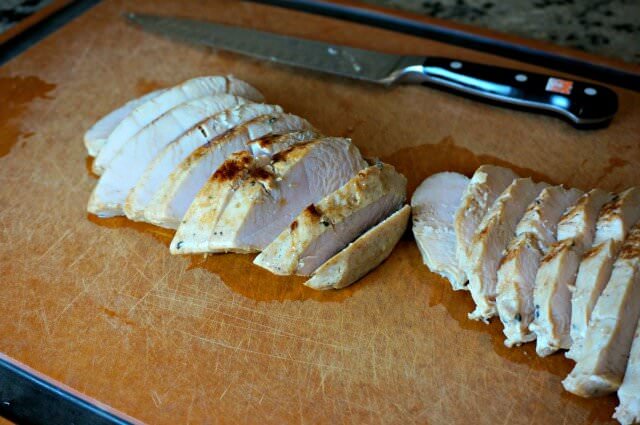 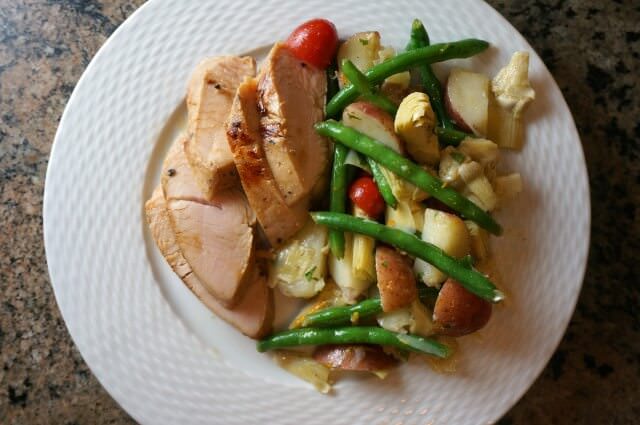 Obviously we are new to it and still learning, but it’s slowly winning me over and I can see why restaurants, including Chipotle, use it to ensure consistent, delicious results.

I have some uneasiness about cooking in plastic, but here is a great article that goes into depth on the subject. I feel pretty OK with it, but still am going to buy a few of these silicone bags to use as well. I’m anxious to keep experimenting, especially with vegetables, and try some of the recipes listed here.

Have you heard of sous vide?

What meat/protein to you have the toughest time getting cooked just right?