Good news food loving friends… inspiration is creeping back in after this past week of low-key family focus! Buuuuut today I’m still talking motherhood with Kaitlyn’s 8 month update. These months fly by and I don’t want to fall behind because she is changing so much everyday. So, here it is! 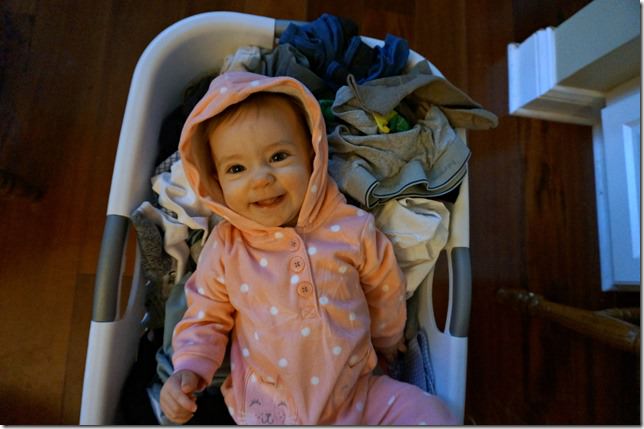 Eating is really rolling this month. She’s graduated from mostly large pieces to all tiny pieces. Her pincer grip is impressive and she can pick out which foods she wants/is going for (like all the sweet potatoes first). I’m planning a more in depth post on her meals for next week, but she eats 2-3 meals a day. I keep Kaitlyn-specific foods at the ready (frozen peas, roasted sweet potato, boiled eggs, avocado, etc), but she usually has bits of whatever we are having… like spaghetti! 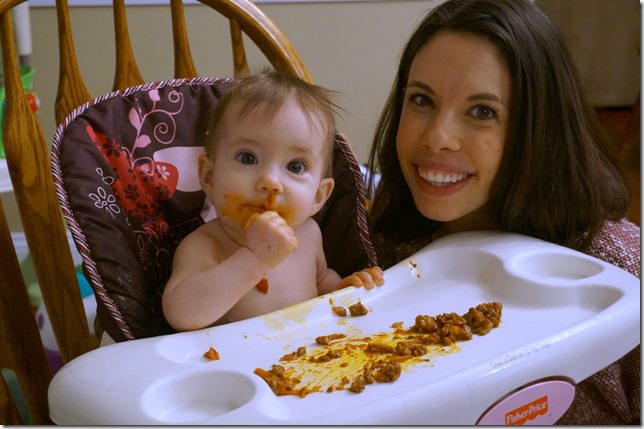 Which clearly warrants going straight to the bath afterwards.

The things she has eaten include: toast with cream cheese, banana, eggs, frozen blueberries, peppers, frozen peas, ground sausage, olives, sweet potato, butternut squash, avocado, pear, broccoli, black beans, tomatoes and roasted carrots. She has eaten more than that, but I stopped keeping track because now she just eats anything. At home, which is where she eats most of her meals obviously, I do feed her all organic.

She doesn’t seem to have any adverse reactions to any foods yet, and I’m hoping that stays true. I’ve introduced her to some Plum Organic pouches and cups of water and I’d say she’s so-so with both at this point. 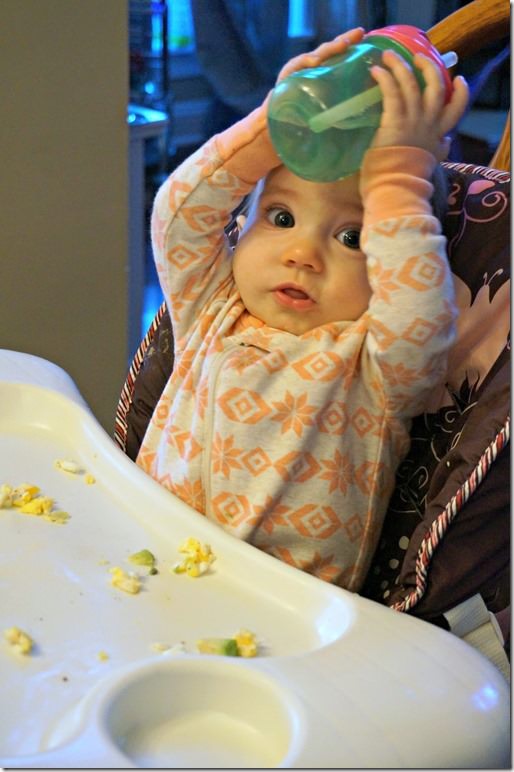 She still nurses 5 times a day, sometimes 6. I feed her on demand. Despite her hearty appetite, she is a little thing, weighing in at just over 14 pounds. I went to a lactation consultant (locals, I highly recommend Carolyn is you need one!) just to make sure there aren’t any nursing/supply issues and there aren’t. Both the doctor and Carolyn seem to think she is just little like me (I’m only 5’1”), though she does need 9 month clothing for length so I guess she’s at least getting longer/taller ;). Still, I’m focusing on giving her more nutrient/calorie dense foods just to make sure I’m doing my part (avocado, egg yolk, ground beef) in trying to fill her out.

In short? Eh. It’s not that she is a bad sleeper (two nights ago she slept from 7pm to 6:30am so I promise I don’t mean to complain), it’s just that she’s unpredictable (like last night’s 3:30am wake up). Most days she takes two naps, one morning around 9 and another in the afternoon around 1:30/2ish. One of these usually lasts for 45 minutes while the other usually lasts an hour and a half.

She has one tooth and I think another one is working on coming through. Hailey never minded teething much, but Kaitlyn seems pretty sensitive to it, which is what I believe contributes to some wonky sleep patterns. 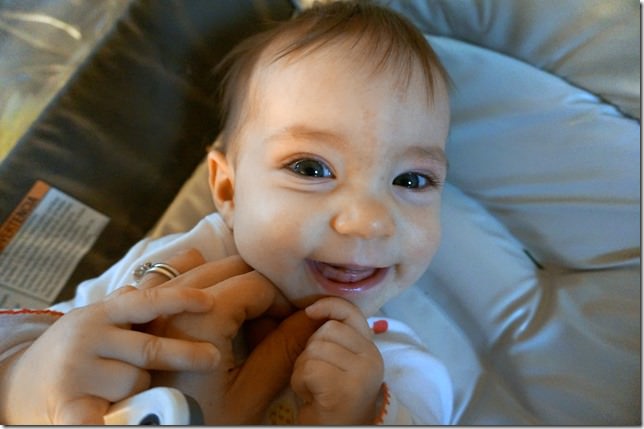 Oh this girl has my heart! She is such a good natured, happy baby. 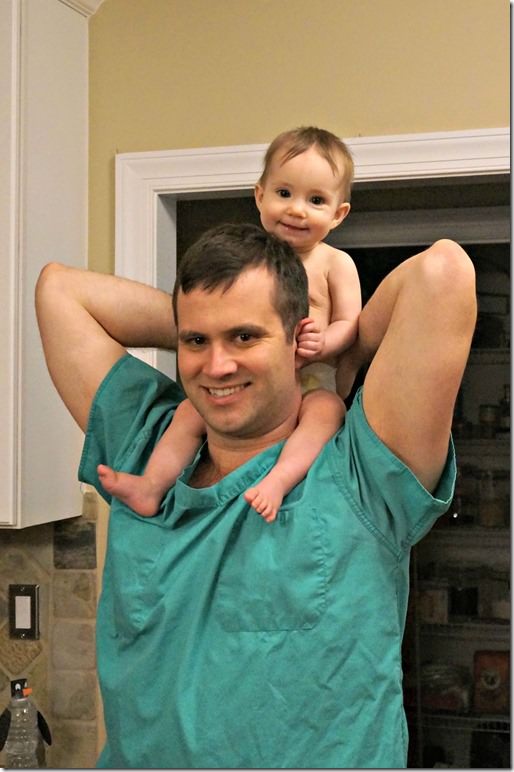 She is snuggly and cuddly, even with Koda. 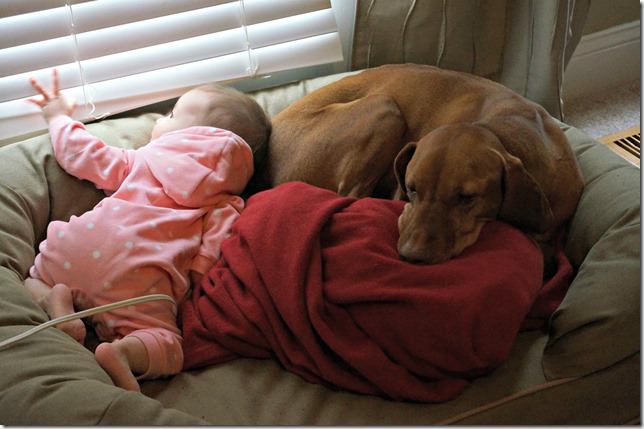 yet super adventurous at the same time. 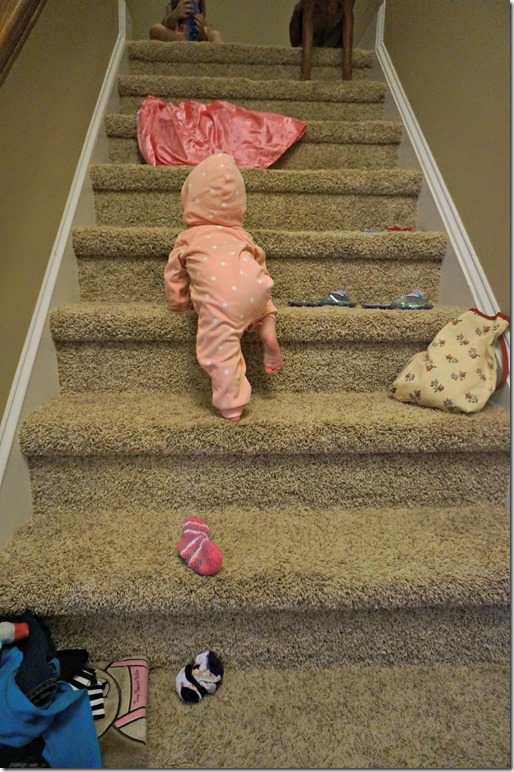 She can climb flights on stairs with impressive speed, which is terrifying to me.

She pulls up on any and everything and has recently been toying with the idea of taking steps while holding on. 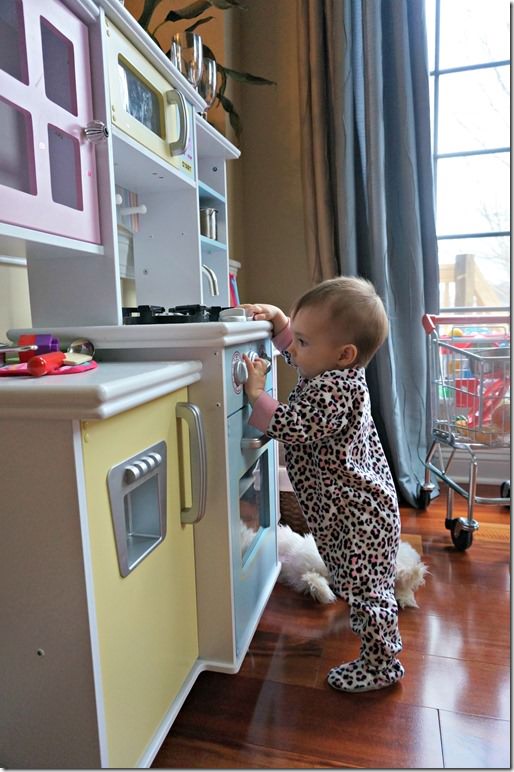 Though she gets plenty of bumps, she is actually pretty methodical with how she pulls up and sits back down and approaches it carefully with her little hand always sticking out to catch herself. 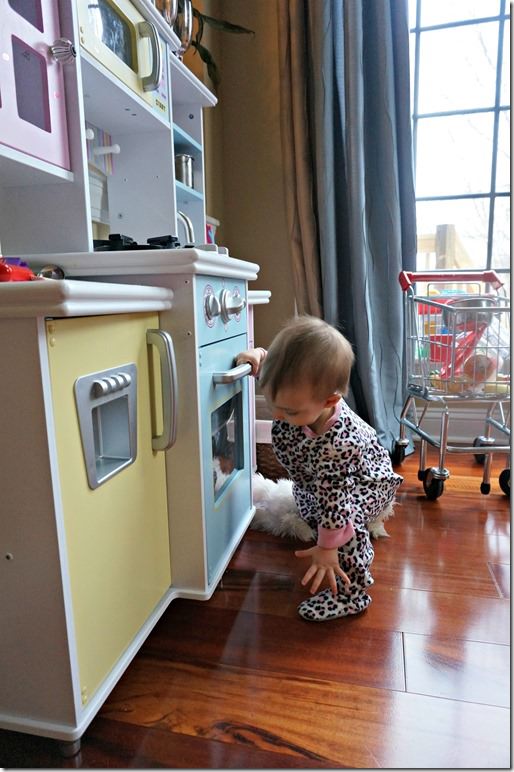 I love how happy she is. She’s now pretty content to ride in the car as long as she has toys to play with, which is so nice.

She babbles all the time now (that came out of nowhere!) and even tries to mimic what we say (I’ll say hiiiiiiii and she’ll smile and say iiiiiaaaa).

She has a magical ability to target in on anything she shouldn’t play with- outlets, plastic, wrapping paper… 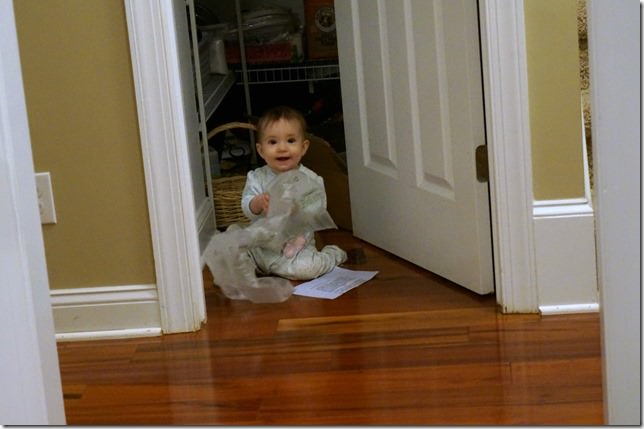 She bounces and flails her hands when she gets excited and almost always has a squenched up little grin on her face.

What can I say? The peanut brings me so much joy. 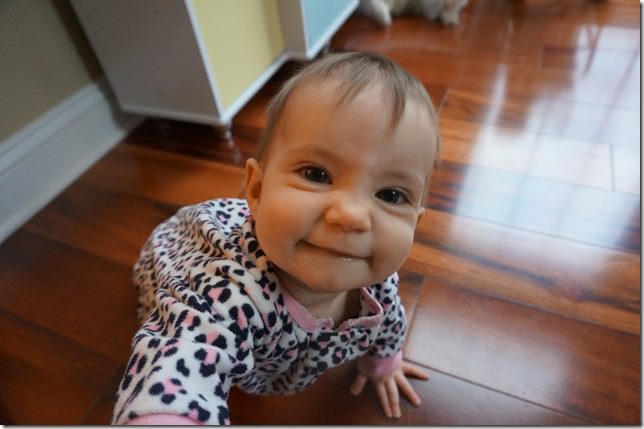 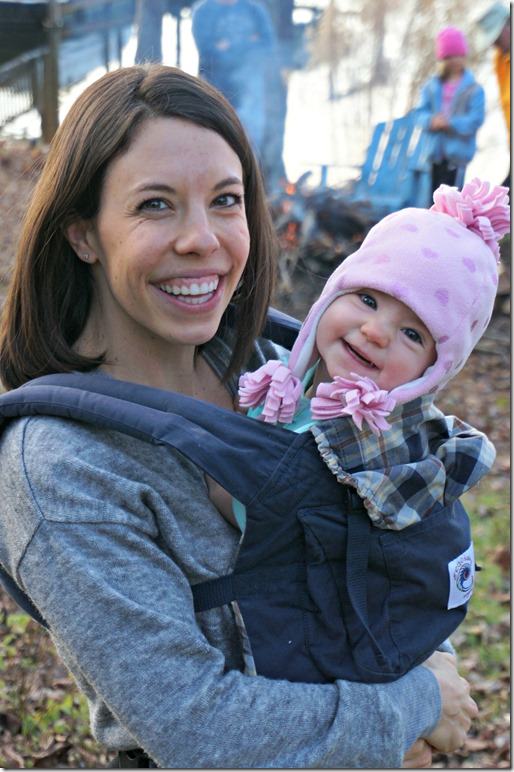 For fun: Hailey at 8 Months Old