Invisalign is an orthodontic treatment that uses no brackets or wires to move teeth, only clear, removable alignment trays. I chose this route to help straighten my teeth and correct an overbite. This is a look into my Invisalign experience! 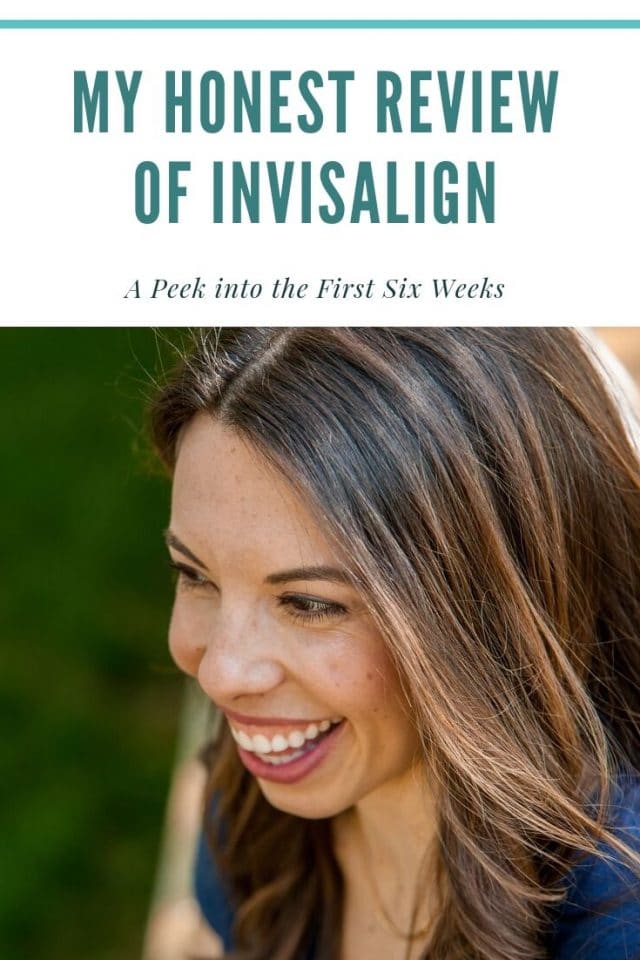 I shared a little bit behind my reason for wanting Invisalign and why I opted for Invisalign over braces in this post. However, I never really got into the nitty gritty of it all.

Before I started my Invisalign treatment I had a lot of questions, so I’m hoping that this post will help answer the same questions I had before I got started for those looking into it.

Currently I am six weeks into my treatment, so here is a little play by play to how the process has gone.

Why I Chose Invisalign

My dentist had recommended this night guard for me since I clench and grind my teeth in my sleep. Apparently I have done this for years and as a result, I started to experience pain and tension in my jaw.

Additionally I wanted to straighten a crooked bottom tooth and stop a front, upper tooth from poking out further, so I figured it would be wise to take care of those issues before purchasing a night guard.

So I went to see an orthodontist that my dentist recommended. That was a bust. Not sure where to turn to next, I found a coupon in the mail from $500 off Invisalign treatment at a local orthodontist and decided I might as well go in for a consultation.

Is Invisalign Right for Me?

At the initial consultation, they took pictures of my teeth and also took x-rays. They poked around in my mouth and concluded I would be a good candidate for the treatment.

What makes someone a good candidate for Invisalign? I asked the same thing and was told these three factors can help determine if Invisalign is right for you:

The orthodontist estimated it would take about 9 months to get the results I was after. I was told several times the importance of wearing the trays 22 hours a day, and had to agree that I would abide by that on several occasions. It sounded good to me, so next we discussed payment.

How much does Invisalign Cost?

I had checked my dental insurance before going in. I found out that insurance would cover about half the cost. From there, I had a $500 off coupon (which they said had brought them in so many new patients) and finally, I got an additional 5% off for paying in full upfront.

It still wasn’t cheap, as the total cost to me out of pocket was still $2,100, but it was much less expensive than jaw surgery for fixing my bite and jaw tension.

At my follow up appointment the tech used a tiny camera on a very expensive piece of equipment to take detailed pictures of my teeth and bite. When she finished, it compiled them together into a virtual mold to send to Invisalign. 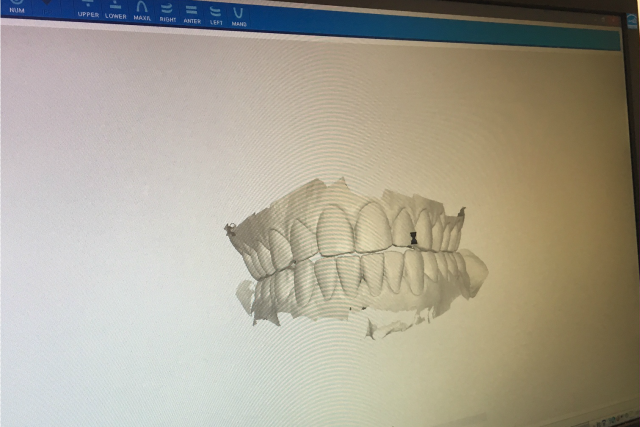 They explained this would help determine how many attachments I needed, where they would be placed and made for a much more accurate plan than an actual mold.

Roughly three weeks later, I got the call that my trays were in and I needed to come in to get my attachments to get started.

Getting the Invisalign Trays and Starting Treatment

When I arrived, I got to see the projected before (on the left) and after (on the right) pictures. 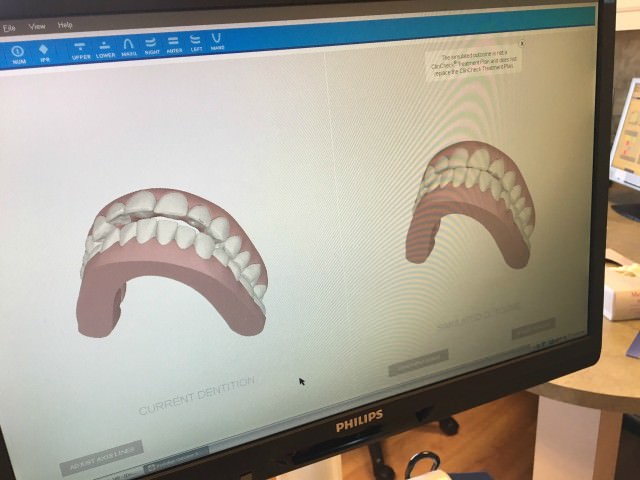 The results looked good to me! 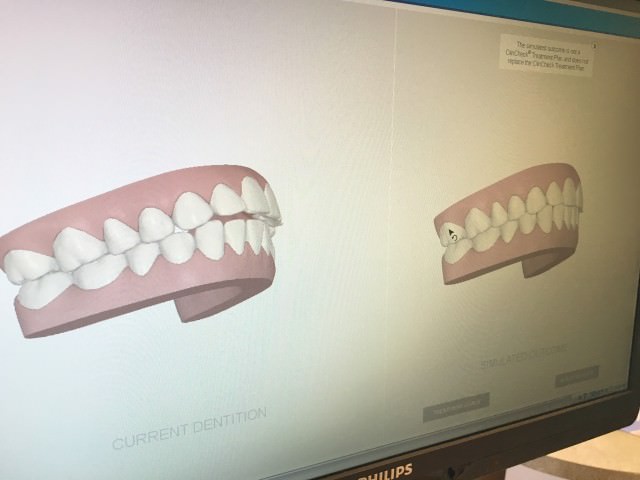 Peace out gap and overbite! 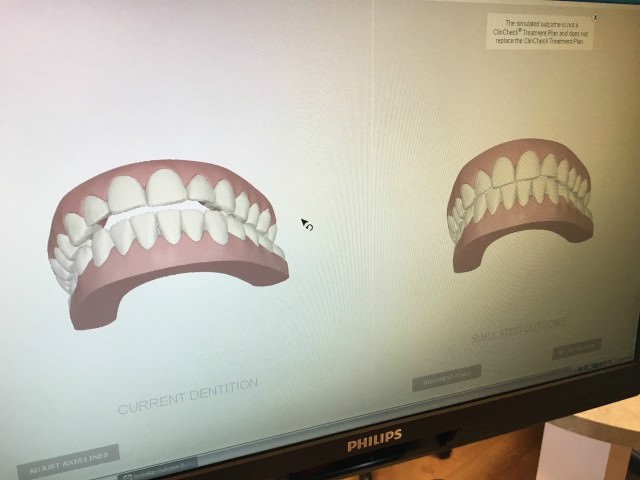 I was so excited by the after pictures and by the news that I didn’t need any attachments on my front teeth.

They applied the attachments, which are small, smooth plastic “bumps” to specified teeth with a bonding agent. These stays on your teeth the entire length of your treatment and help move the teeth more efficiently by applying pressure on certain points of the teeth.

Once the attachments were put in place, I received my first set of trays and my next 2 sets as well, since you switch to the next tray set every two weeks.

They made sure I was able to pop them in and out on my own, then sent me on my way.

My initial reaction was extreme joy! I finally was on the path to ease my jaw pain, fix my bite and straighten that pesky tooth.

I was also thrilled that they really weren’t very noticeable. In fact, if it weren’t for my slight lisp and the attachment on my left lower tooth, I’m not sure anyone would notice them. See, here I am with the trays in– 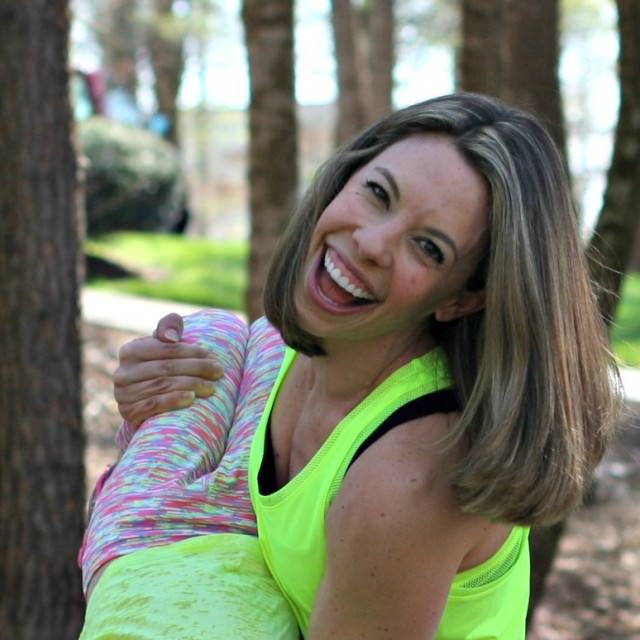 However, that evening, the pain set in. Under the notes I took, I just have OWWWWWWWW written.

It hurt. For about three days. Not only my teeth, but also the underside of my tongue was scratched up because I kept exploring the trays with it. On one hand, I was thrilled it was moving my teeth, but on the other, I wondered if I could deal with this every two weeks when I change to the new set of Invisalign trays.

After the third day, the pain subsided. Also on about the third day, I could tell my bite was already completely different. My overnight clenching pain was completely gone as well; I’m sure it was partially due to the fact the trays act as a mouth guard.

For me the only cons of having Invisalign were through the initial adjust period.

Six weeks in, I am happy about where I am, but I can also see how exciting it must be to be finished with the treatment. It’s annoying having to pop the trays in and out all day long and brush before putting them back in.

However, I am not in any pain and am seeing results. I’m going in today to see my orthodontist for the first time since I received my trays to ensure that my teeth are moving as predicted and receive my next four sets of trays.

Whew, that was more detailed than I originally intended, but if anyone is curious about the process, I hope this helped!

If you’ve had Invisalign, what was your experience like? Pros/cons?

Have you ever had to do any orthodontic work as an adult?

I’m surprised by how many of my friends have had braces, Invisalign, teeth pulled, etc as adults!