Summer is here and tomatoes are starting to make their appearance. Not much makes me happier than a REAL tomato, you know, instead of those sad anemic grocery store tomatoes. I love them cut thick for BLTAs, sliced up with a sprinkle of salt and pepper and any which way, really. Another way to take advantage of these seasonal beauties is to preserve them. While I haven’t gotten to canning them yet, I did peel and deseed some for a homemade soup and it’s really quite easy! 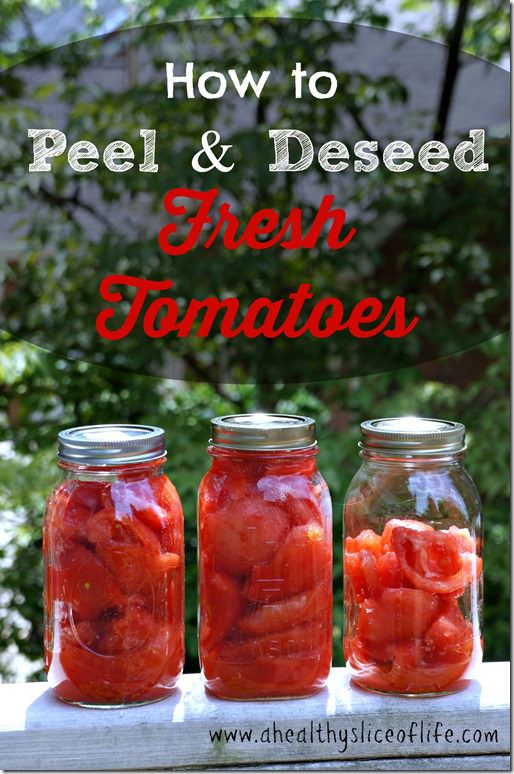 First things first, stock up on some local tomatoes. Pick them from the garden if you have a green thumb or load up a basket of them at your farmers market. To prep for my soup, I bought about 4 lbs. 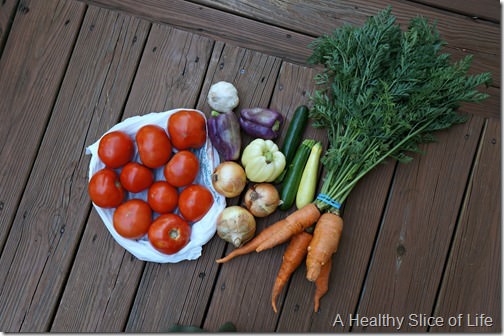 Put on a large pot of water to boil. While that gets going, wash your tomatoes well. I use the same method I do when washing leafy greens. 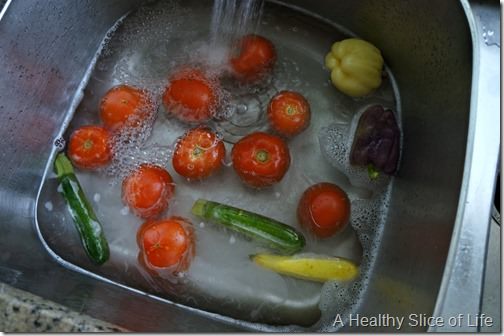 Next, core out the stem of the tomatoes and slice an ‘x’ shape into the bottom of each tomato. 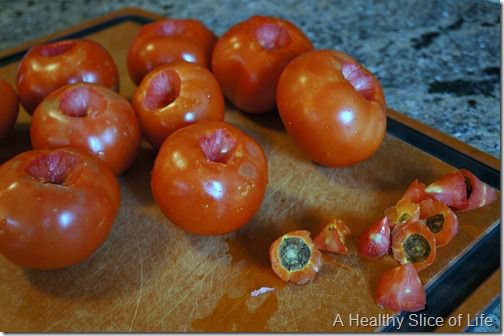 Create an assembly like for blanching and shocking the tomatoes. You will need boiling water, a large ice bath and en extra bowl. 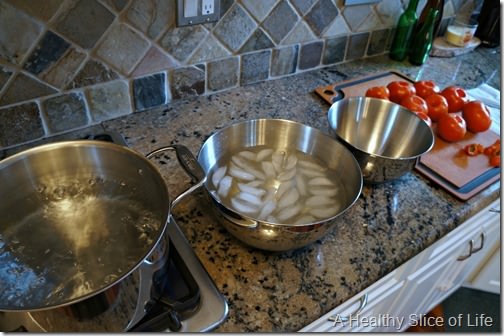 Using a slotted spoon, lower a tomato into the boiling water. Only let it sit in there for 15-30 seconds before removing it and putting it right into the ice bath. Remove from the ice water after 15-30 seconds. The goal is just to loosen the skins, not to cook the tomato.

After this, you will be able to slide the skins right off. 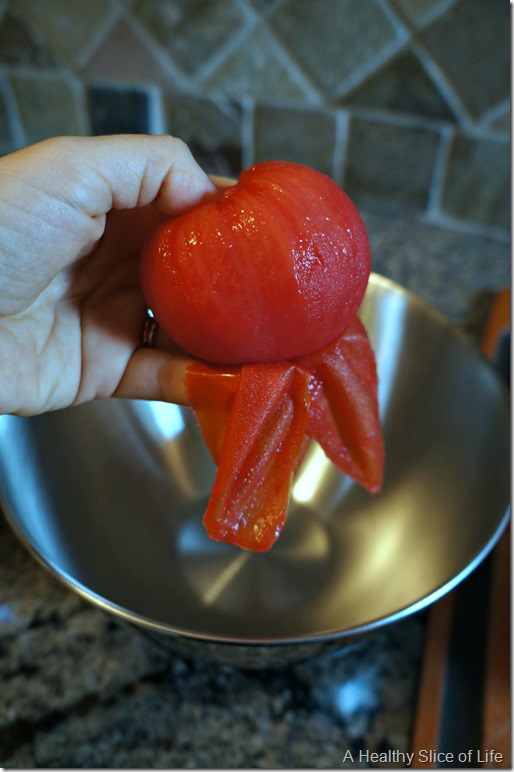 Repeat with all of them! 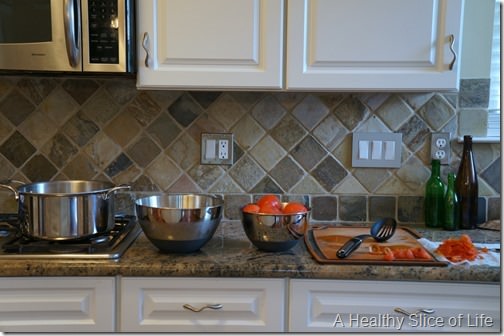 Next cut the tomatoes in half horizontally or just use your hands to pull them apart and work the seeds out. 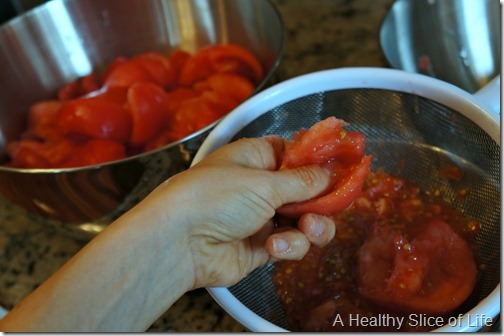 It is best to do this over a bowl and strainer to reserve the juice. And don’t fret about getting every seed out. I’m convinced it’s not possible! 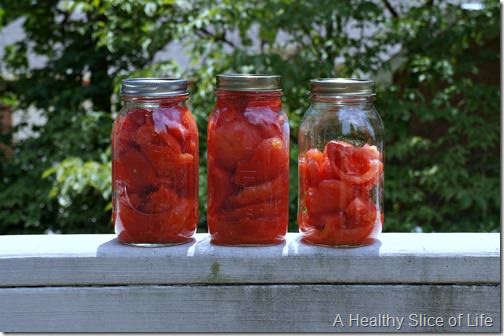 Then there you have them; ready to go to make soup, sauce or to be canned. 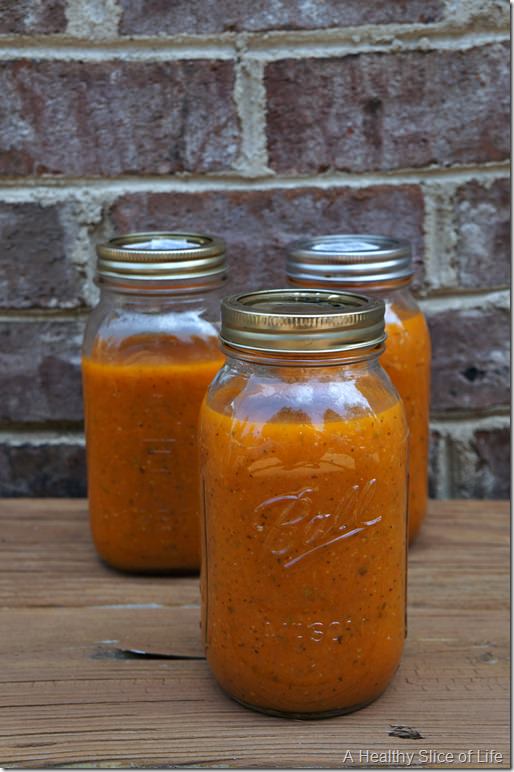 Are you a tomato fan?

What is your favorite way to eat them?