I loved reading the feedback from yesterday’s post regarding the scale.  To clarify, I do think weighing yourself serves a purpose… to tell you what you weigh.  But it won’t tell you how much muscle you have (even those scales that  tell you your percentage of body fat are WAY off 99% of the time) and like those Operation Beautiful notes say, it won’t tell you your worth.  I used to get obsessive about the scale, which is why now I choose to mostly avoid it.  And it works for me 🙂

Before I go into all the dEElicious foods I’ve been eating, because I really have had some awesome meals lately, let me tell you about yesterday’s jog. Jog? Brittany, don’t you usually stick to wogging? Why yes, yes I do, but yesterday when I pulled out my Couch to 5K app, it said today’s plan was for me to walk 5 minutes, JOG FOR 20 MINUTES, and cool down by walking for 5.

How did we just jump from 5 minute increments of jogging to 20 flippin’ minutes straight??!  I was nervous.

But my running partner was fired up and stepped up to lead the way… oh to have the energy of that pup.. 😉

focus on the music…

don’t look at the time…

jam out to Michael Jackson…

::balloons and confetti fall from the sky:: 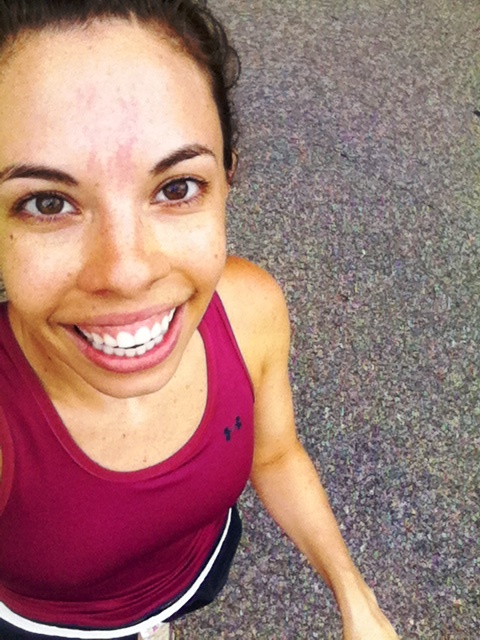 Who’s the best runner in the world? MEEEEEEE!

I was SO proud.  Given I jogged at a snail’s pace, and probably could have walked faster than my jog, but I DID it.  I pretty much walked around for the rest of the day like I ruled the world. 😀

Ok, to food… I created an awesome lunch using leftovers (don’t you love it when you can do that?)

I started with a bed of spinach, leftover pasta, cherry tomatoes, and leftover pesto. 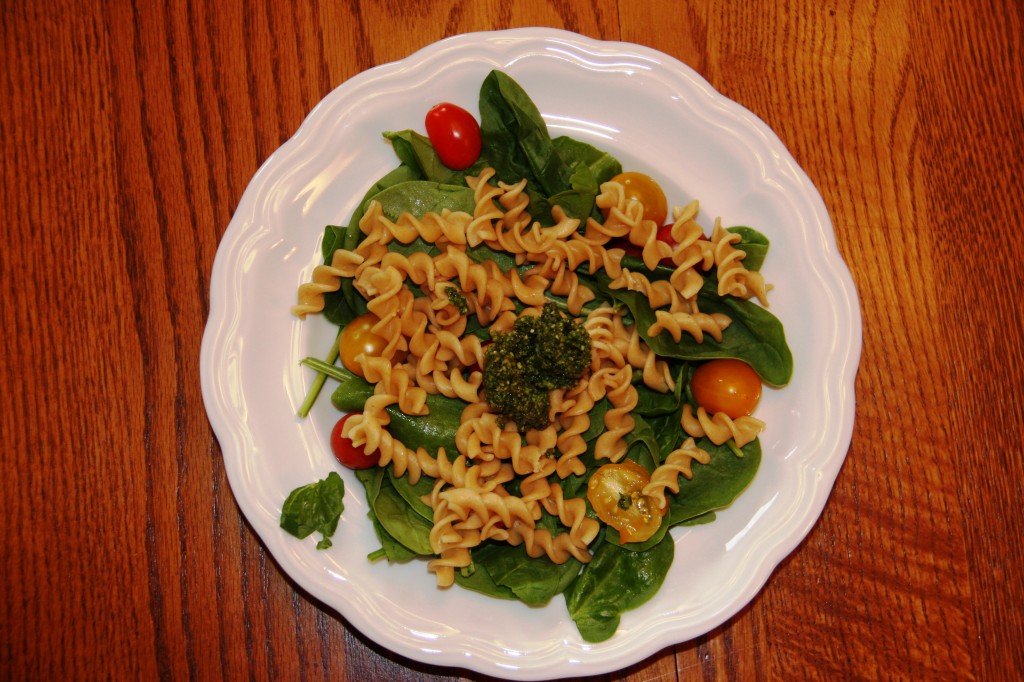 I microwaved it for 1 minute (which made me realize how long it’s been since I’ve used the microwave for anything… funny observation).  Then I sprinkled in some feta and mixed it all up. 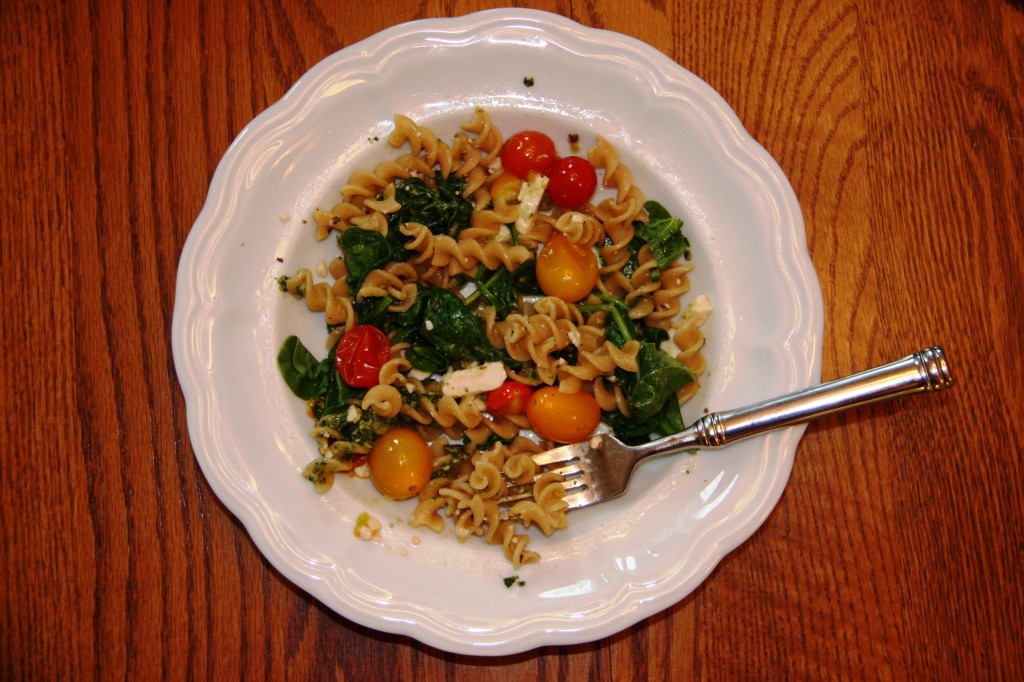 A great thing about making a ton of pesto, is that you can use it all week long! 🙂

For dinner, I was feeling like a fiesta! I was on my own (Hubbs was working late), so I went meatless (sounds kinda scandalous, doesn’t it? 😉 ).  I’ve noticed I’ve been eating less and less meat lately.  I don’t know why… it hasn’t been intentional… but I haven’t missed it.  Don’t get me wrong though, if you stuck a big juice (antibiotic free, grass fed) filet in front of me, I’d chow down! 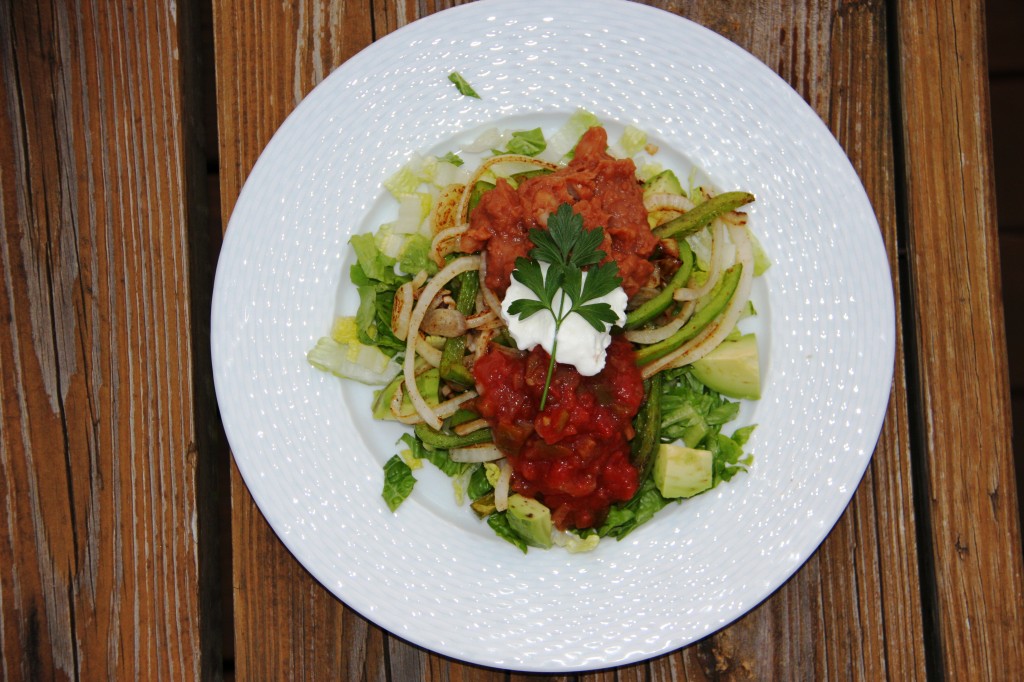 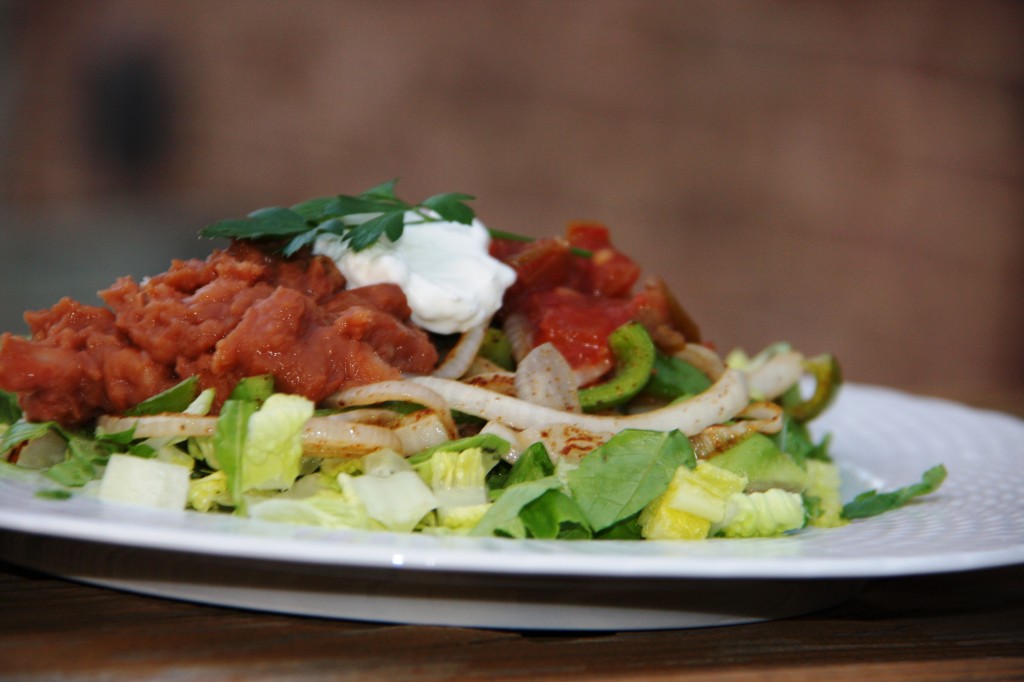 Then there was this morning… for some odd reason I was wanting dessert instead of breakfast. And oH bOy, did I make a doozie of a “breakfast”.

I started with this:

then made some of this: 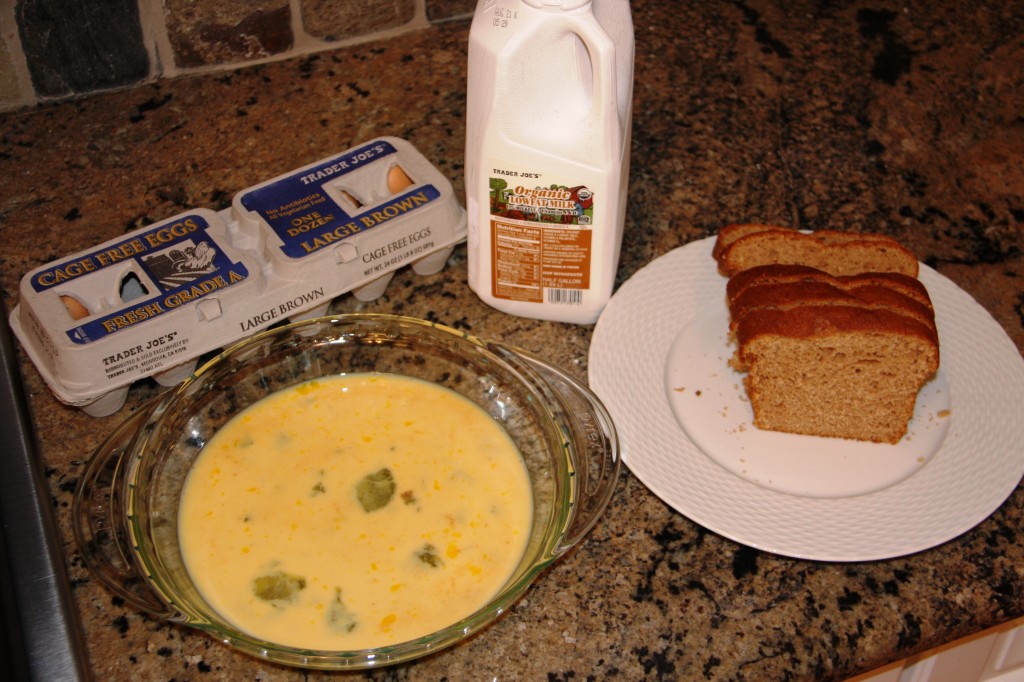 & wanted to use these guys, too: 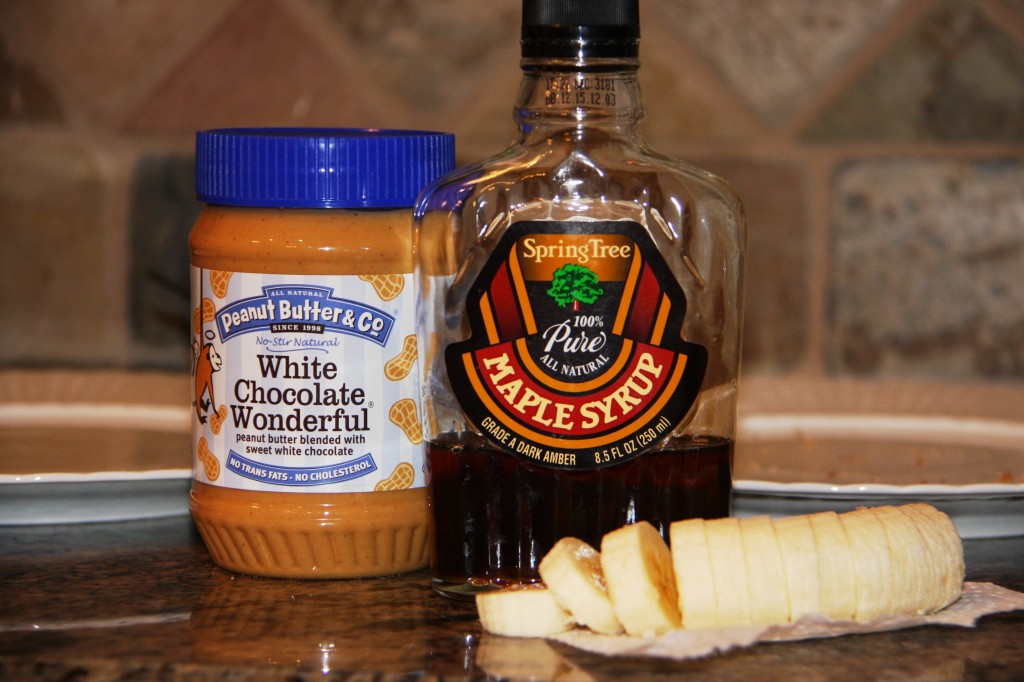 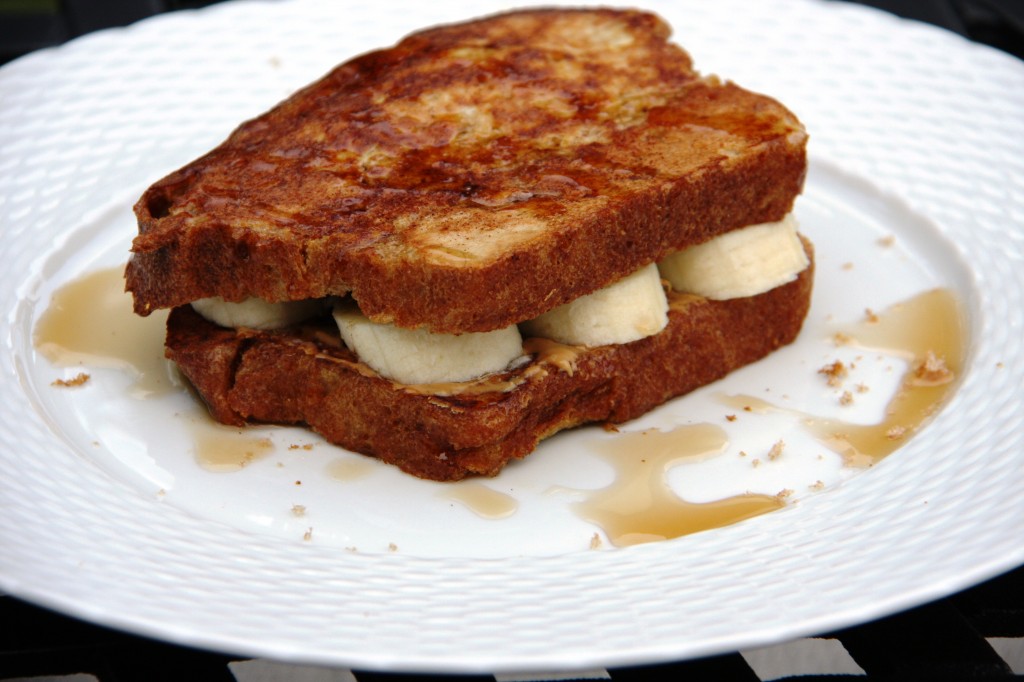 Are you drooling yet?

It was awesome… and I think I may be full until dinner. We’ll see 😉

Koda even went a little crazy when her nose detected the PB&Co:

The only human food bug ever gets is peanut butter, so she goes a little crazy when she gets a whif!

I’ve been thinking about trying  new food foods recently… on my list is brussel sprouts (can you believe I’ve never had them??) and millet (mostly because I don’t even understand what it is- haha :)).

What food do you want to try that you haven’t ever had before?