This weekend, we spent at home. Usually after a few too many of these in a row, I get the itch to DO something– family hike in the mountains, drive into Charlotte or try to plan a weekend getaway. Lately though, I am enjoying the low key flexibility that these days at home allow, as I know soon enough we’ll have a few weeks of craziness in a row.

Plus being at home let’s us catch up of projects, like transplanting our seedlings to the garden. 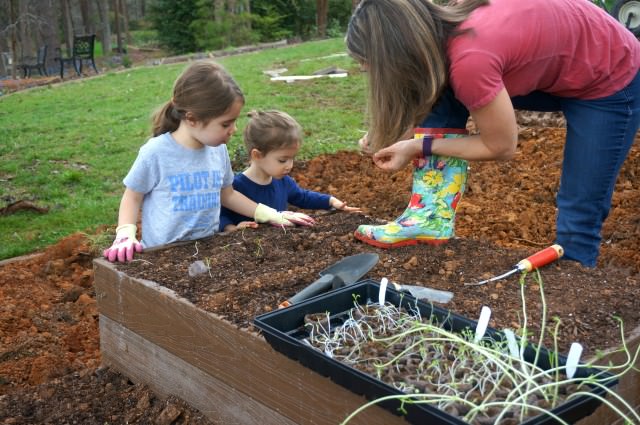 I’m pretty excited to show you more about our garden progress thus far, but of course after having 75 degrees days last week, a cold snap came and dropped our lows into the 30’s. Chances of our plants surviving?!

Only time will tell. #theblackthumbliveson 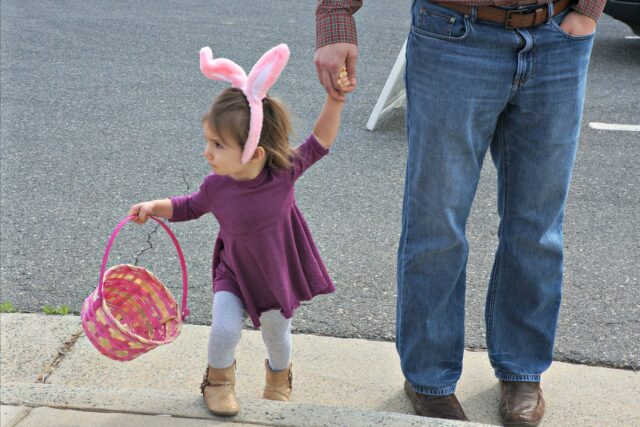 With Easter on the horizon, we had a couple of egg hunts to attend this weekend. One was inside, thank goodness, as those temps I just mentioned lingered all weekend. 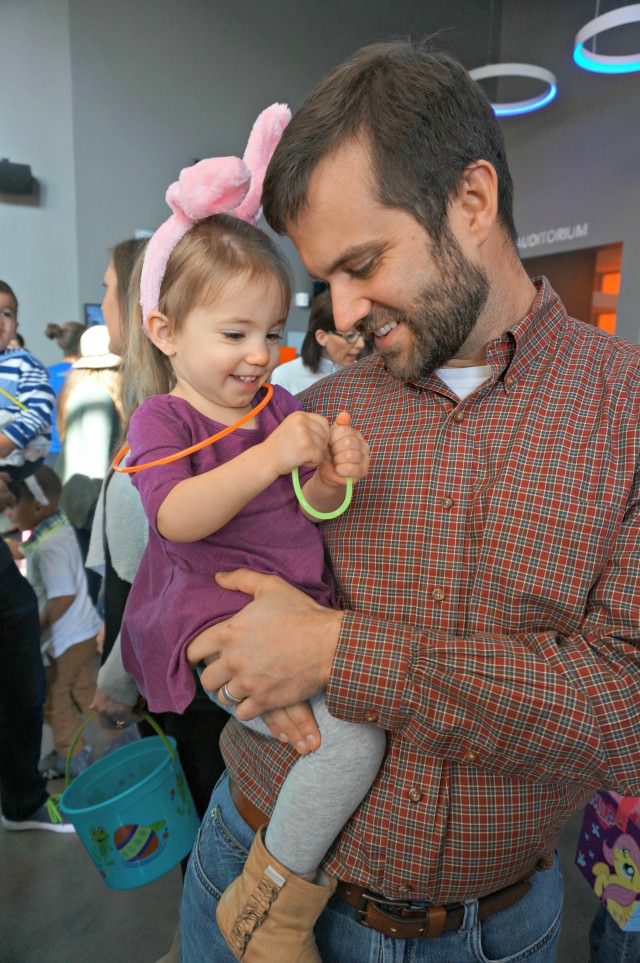 Though dressed for success, the hunt ended up being pure chaos. Throwing 4 year olds into the same glow in the dark egg hunt level as 5th graders turned out just as you might expect– with 5th graders army crawling with iPhone lights with baskets overflowing with eggs, leaving even the most ambitious 4 year olds to only hope of finding a single one. 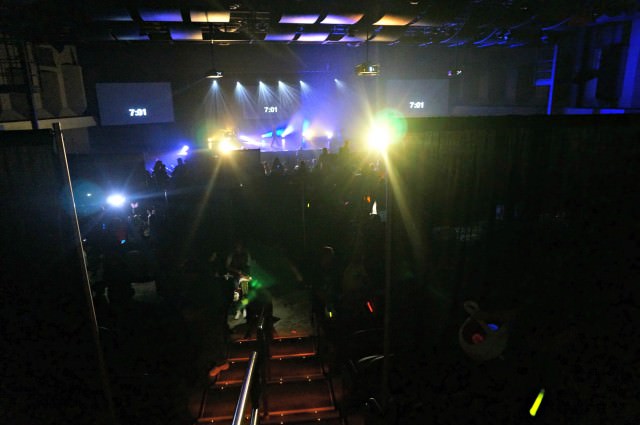 Lucky for us, on the way out a really sweet 10 year old girl offered us a couple of her eggs, so the girls both left with a Starburst to chew on and were none the wiser. 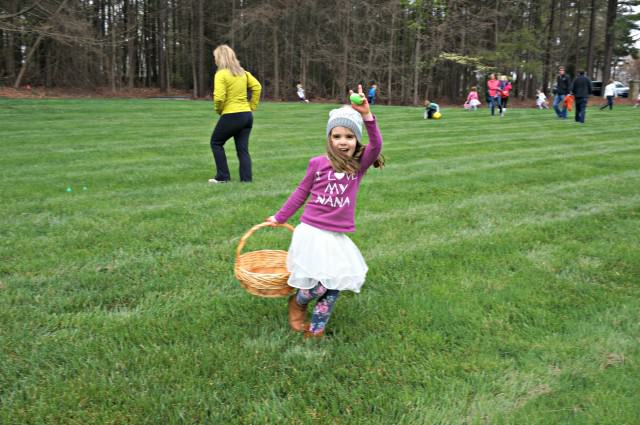 And can I mention that part of this “going with the flow” post title came from my wanting to explain that Hailey likes to pick out her own outfits. It was too cold for cute dresses anyway, so — we just went with it. 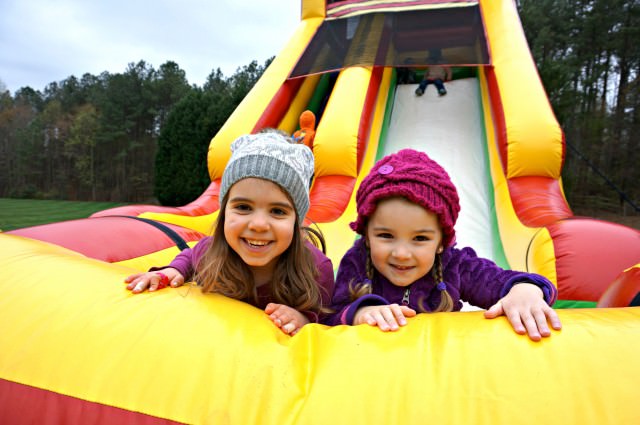 There was even a bunny, that only terrified Kaitlyn for a little bit before she decided to reverse the rolls and chase him around instead. 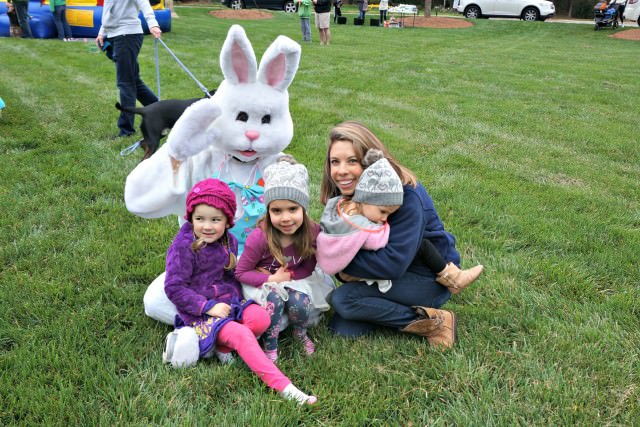 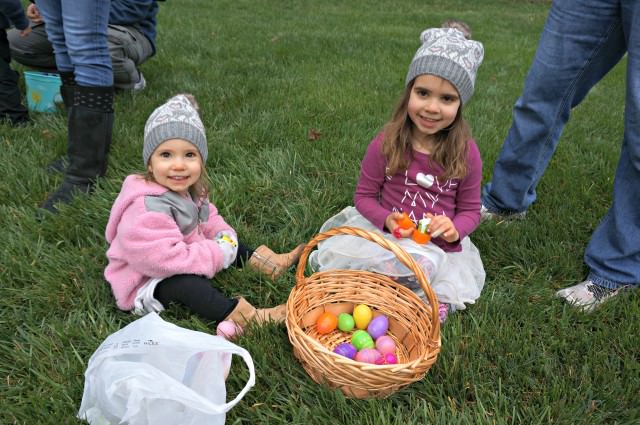 Not having solid dinner plans meant being able to accept a last minute dinner invite, which ended up being a blast. 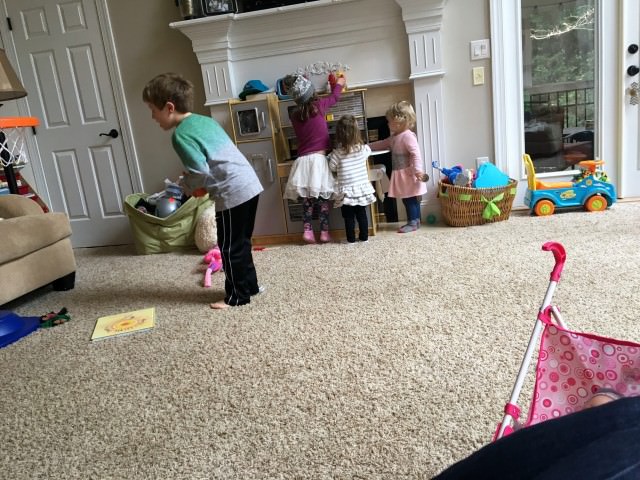 I ate over half a bag of Pretzel Thins loaded with pimento cheese, we kept the kids out an hour past bedtime and I have a feeling I may pay for it today, but… rolling with it. 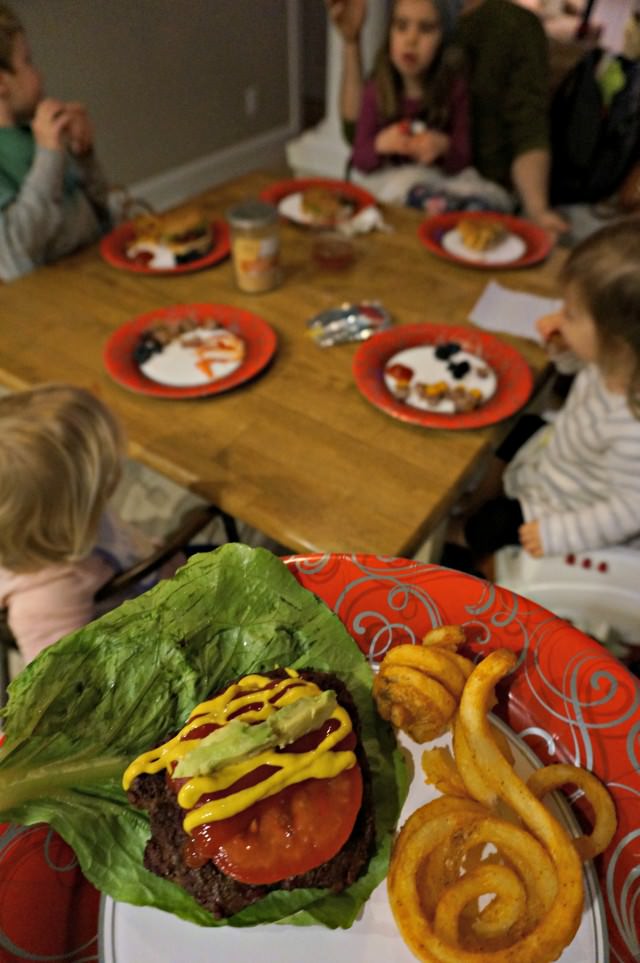 Does anyone else notice the inevitable ebb and flow of life? It’s so unpredictable, isn’t it? Sometimes I just feel so on my game. The house is together, blog content is flowing, the girls are happy, my inbox is at a respectable response time… then SNAP. Mercury goes into retrograde or something and I find myself behind on laundry, with two clingy girls and somehow receiving over 3000+ spam comments on the blog out of nowhere that I have to contact my tech guru about immediately.

I used to fight these ups and downs, but now have pretty much learned just to ride the wave until it turns around, because it always does eventually. So between my broken sleep last night, foggy head this morning and extended to-d0 list that doesn’t look likely that I’ll get to today, I’m going to say today is a ‘dip’ day. So I’m not making any ambitious plans. Maybe this coffee will kick in, I’ll pull it together and super woman my way through the day. Or maybe we’ll all stay in jammies, listen to Pandora princesses and eat pb&j’s for lunch.

Whatever the day, brings, I’m just going to go with the flow, hope the girls are in the mood to play “clean out the car” and see if I can sneak in some emails during nap time with the help of a second cup of joe.

How to you handle the ebbs and flows?

Power through? Or take a mental health day?

Do anything fun this weekend!?