Friday morning David and Hailey dropped me off at the airport. After lots of hugs and kisses (I’m always so dramatic when flying away… call it nerves) I hopped on the plane and jetted off to Boston! 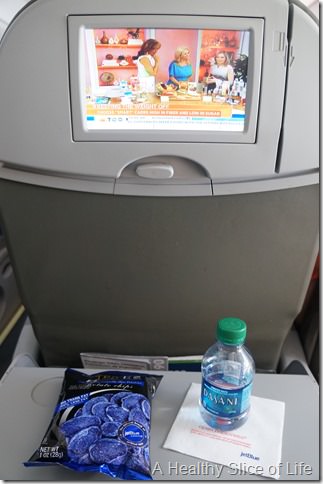 …may I just say that it was my first time flying Jet Blue and I was a fan! Extra leg room, assortment of decently healthy snacks and drinks and FREE TV. Not too shabby.

Two hours later we touched down in Beantown and the weekend began! Alexis picked me up and we headed back to her apartment to meet up with the girls. 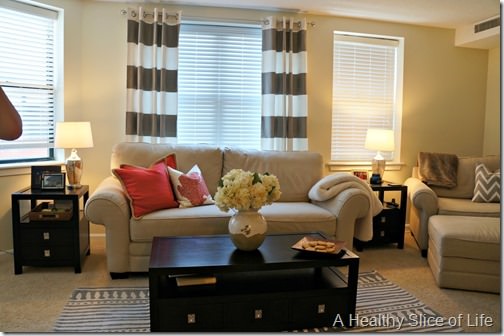 I loved their apartment almost as much as I loved reuniting with my friends. It was only noon, so we took off for a driving tour and food. 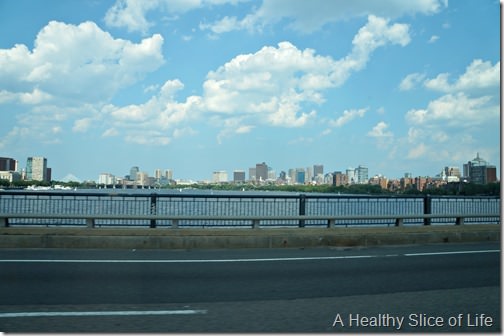 The girls live in Back Bay, so we took the car over the bridge to Cambridge and ended up a a cute little spot called Friendly Toast. 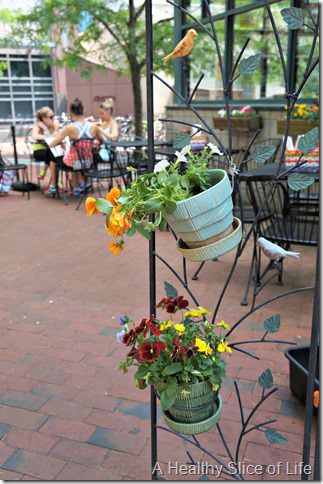 Perhaps they should have just called it Toast, as the the friendly part was lacking, but the food was good. I thoroughly enjoyed my smoked salmon salad! 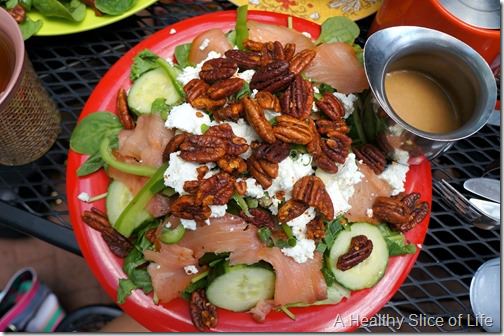 Afterwards we wandered over to Harvard University where it was graduation weekend. 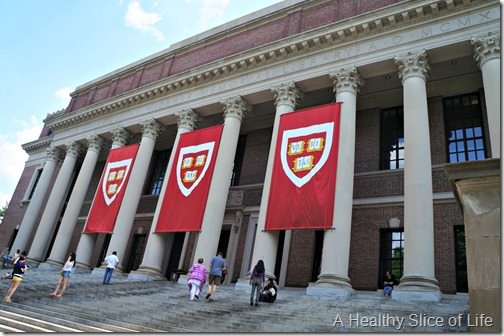 It was so much fun to watch graduates snap pictures and celebrate in their caps and gowns. After much discussion over what it took to get into Harvard, I decided to stop a student and ask. According to my new friend, a sophomore from Panama, being smart is important, but they really look for well-rounded people. 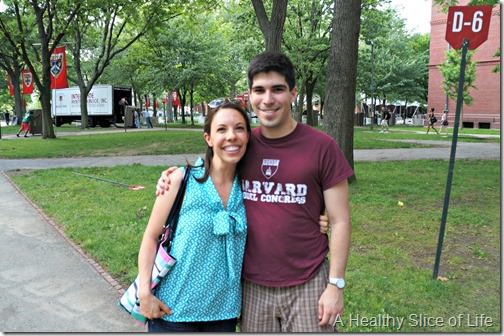 And the students there aren’t always serious. Apparently they have a pretty healthy work hard/play hard balance.

Back at the girls’ apartment we had ourselves a little happy hour up on the roof deck, which was gorgeous but didn’t last long thanks to the 90+ degree weather. 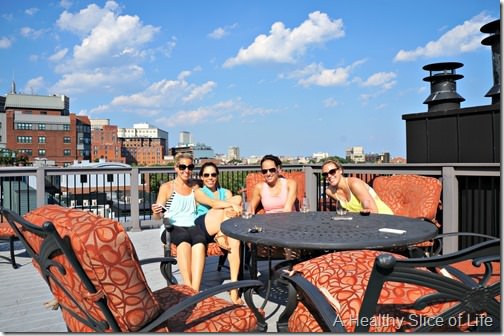 So we headed inside to clean up. 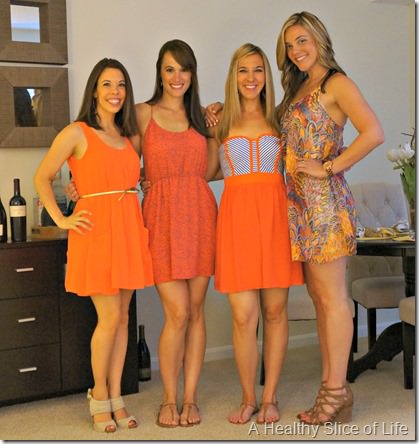 The great thing about city living is that you walk everywhere! I loved walking out the door to dinner, though it does make you reconsider your choice of footwear. 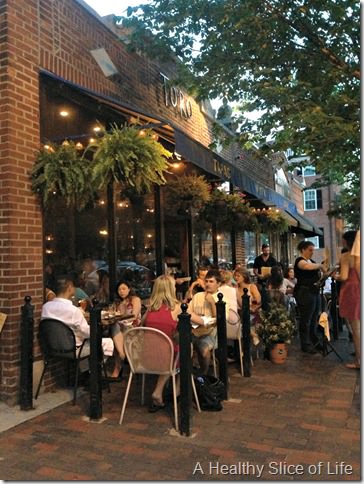 We put our name in at Toro in South End, but after hearing it was a two hour wait, we walked across the street to the wine bar. 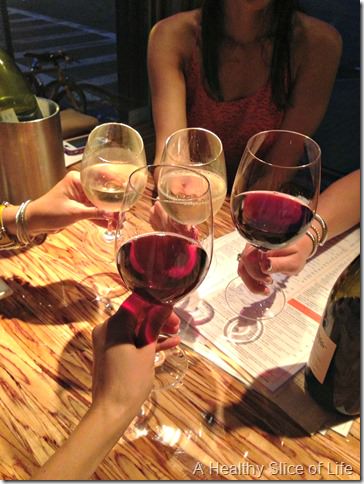 To hold us over we shared some edamame and shrimp dumplings. It was my first time with a steamed dumpling, but it certainly won’t be my last! Delicious. 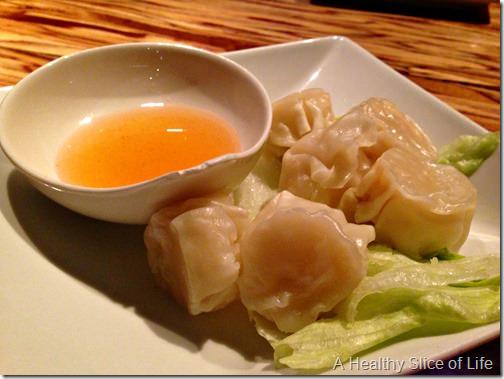 By the time we got to Toro I was too deep into girl talk to snap pictures. The good was good, though I’m not sure worthy of a two hour wait. Except for the corn. Yes, the corn was worth it.

From there we went to The Liberty Hotel, which was once an old jail, where we mingled and I practiced saying ‘dahts’ instead of darts and ‘cah’ instead of car. I might have had them fooled until I said y’all. Dead giveaway. (OK, I totally didn’t have anyone fooled in the first place).

The night ended as the bars closed at 1:00am. Not bad for someone who is usually asleep by 10pm. 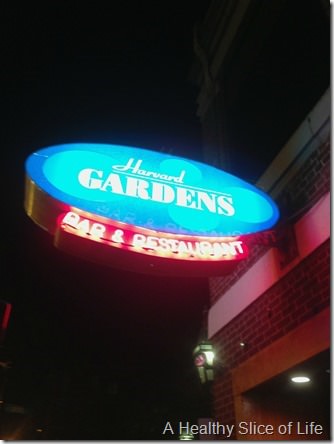 Even more impressively, we were all ready to go in the morning to check out a class called Stack at Equinox. 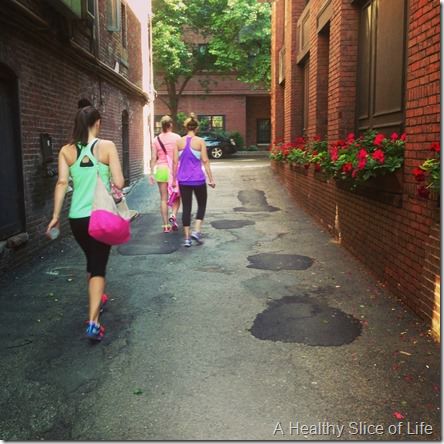 Walking to the gym- love it! We used sandbags and a viper (my first time for both) to complete a sweaty 45 minute circuit workout. 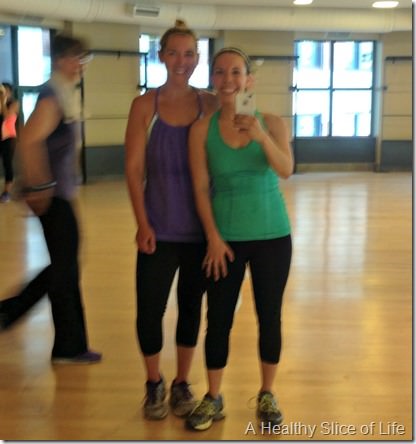 It was so much fun to workout with friends. Afterwards we opted to stay in workout clothes for a self guided walking tour. I’m so glad we did. It was HOT and we walked far. 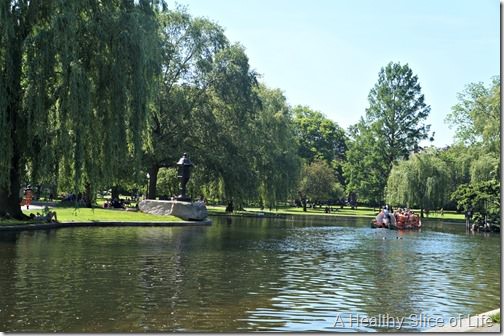 We walked through Back Bay and through the beautiful Boston Commons (no Giselle sightings). 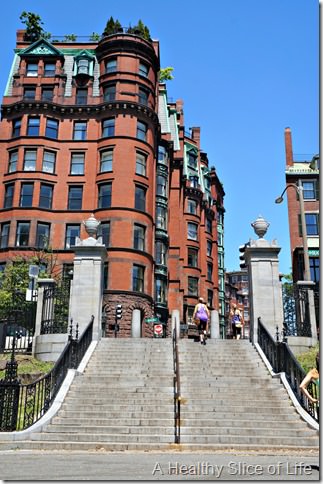 We walked up Beacon Hill and through a farmers market with fresh oysters being shucked right in front of you. 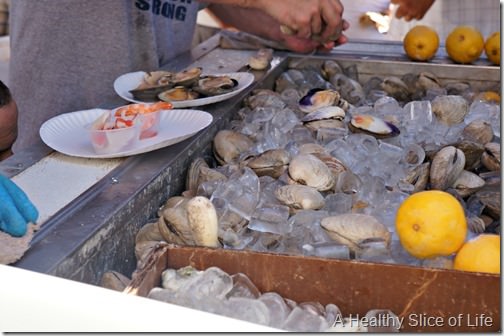 We walked all the way to the North End 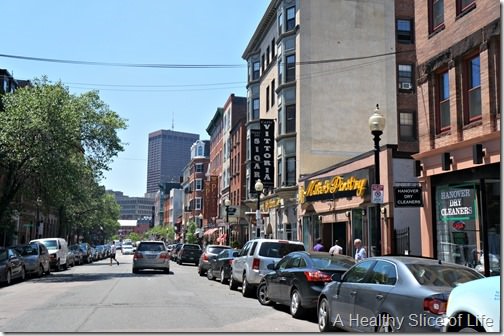 to a little spot called Regina’s Pizza, famous for their (obvi) pizza since 1926. 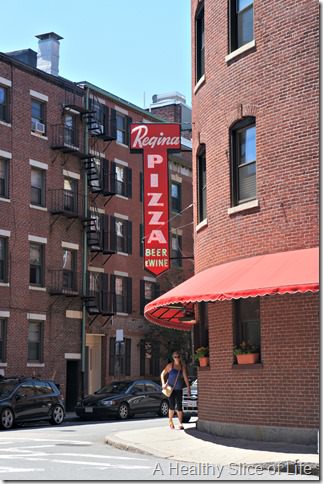 By the time we got there, we were starving and sweaty. The air conditioning, a pitcher of water and a delicious Mediterranean pizza did not disappoint. 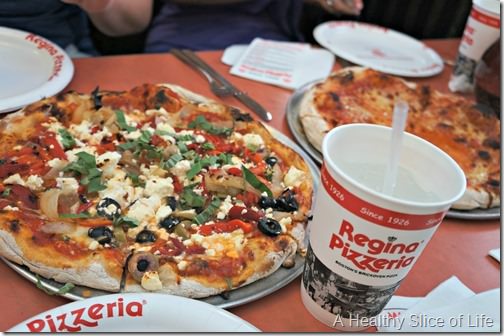 In fact, it hit the freakin’ spot. It was delicious!

Have you ever been to Boston?

What was your favorite part?