I decided yesterday that it would be fun to share an easier day in the life post right about here: 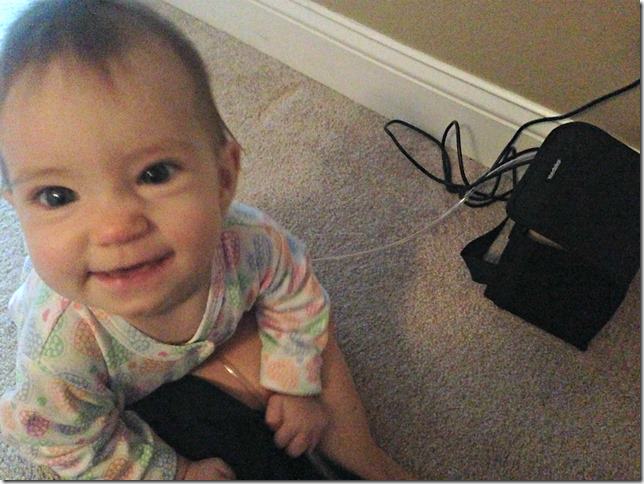 but the day clearly began before that.

I woke up at 6:15. Oops. I really need to start setting my alarm for 5:30 now that baby K is sleeping well again (hooray for the tooth popping through!). Anyway, up at 6:15, fed Kaitlyn, put her back down, blogged, got her up again about 7:15, got dressed then time to pump. Around 8:00 I gave Kaitlyn some frozen peas to entertain her while I got Hailey. 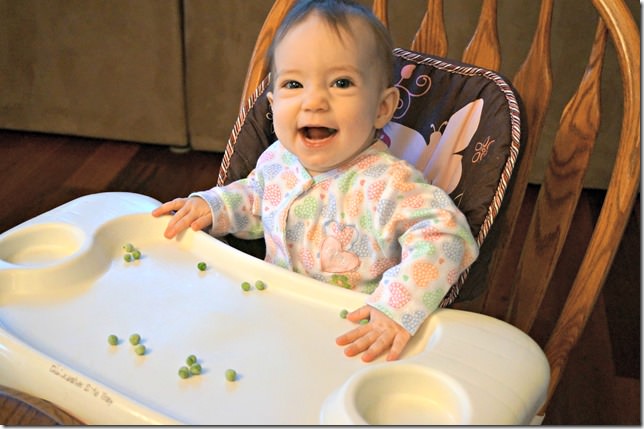 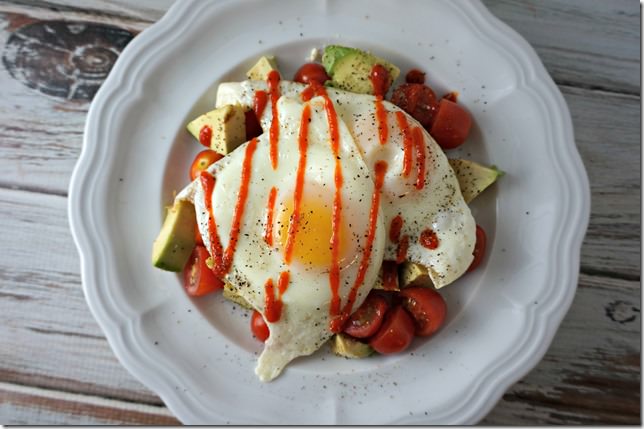 This day is a little different because David worked from home. While I do my best to treat it as if he wasn’t here, the flexibility to leave the house during nap time is nice.

Koda needed to have a trial day at a new daycare/boarding spot, so Hailey helped get her ready. She was enthused! (Hailey, not Koda clearly). 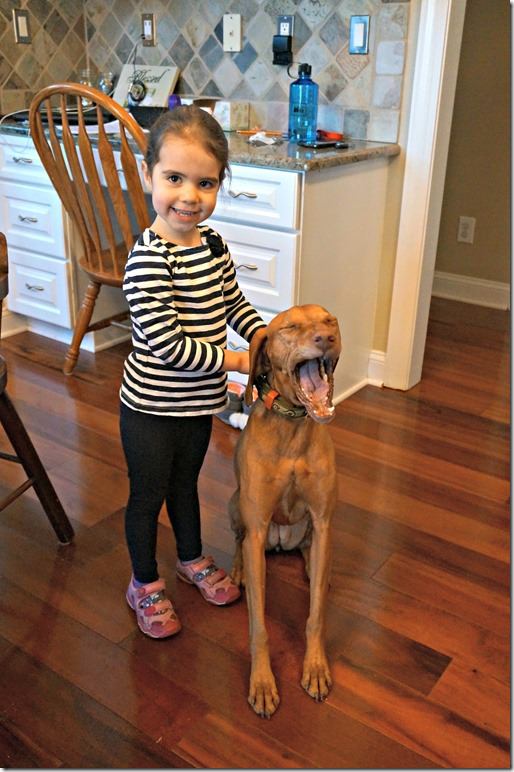 Kaitlyn went down for a nap and Hailey and I took off (see the nice option of having someone at home?!). We took Koda in and ran a couple errands before heading back home. 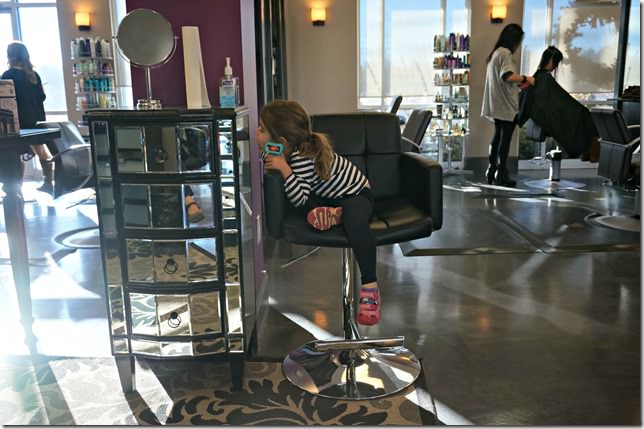 At 10:15ish, Kaitlyn was still sleeping so Hailey and I got to work in the kitchen. 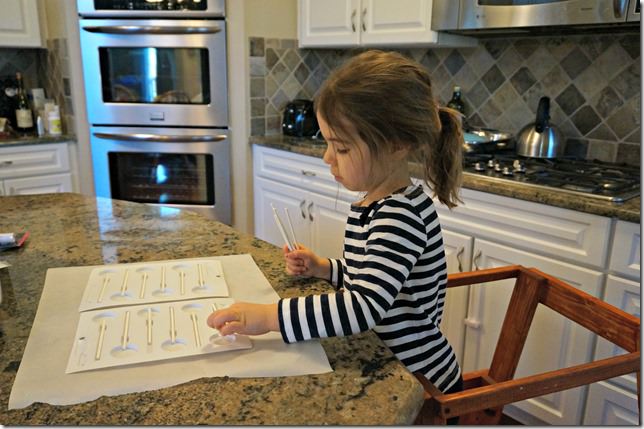 As luck would have it, right as we were getting started, Kaitlyn woke up, so I heated a bottle of milk to practice with and proceeded to try and teach the girls about selfies. 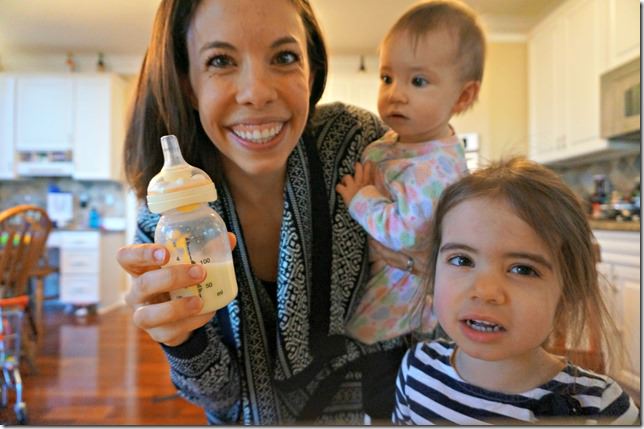 We still need some more practice.

After spilling half the bottle all over ourselves, Kaitlyn successfully took some and nursed a little too. Then back to the kitchen! 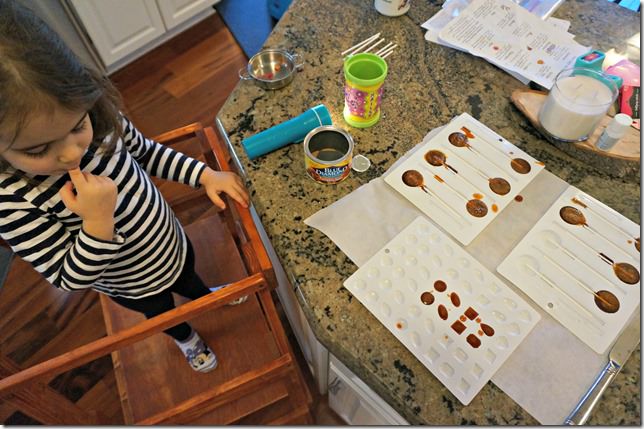 We snacked on almonds and finished up our project while Kailtyn played with her favorite toy- the dishwasher. 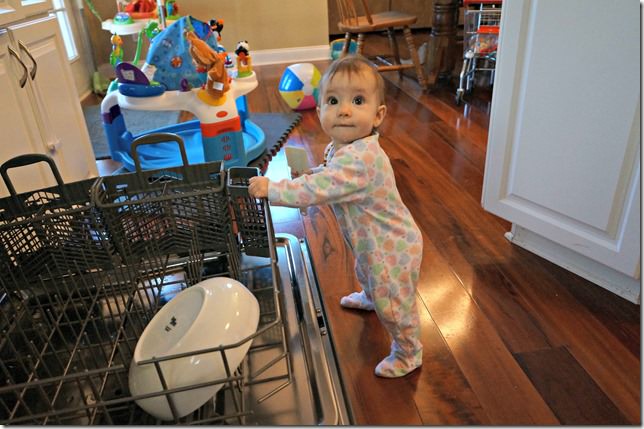 I worked through a load of laundry while Hailey played with a Melissa and Doug favorite. 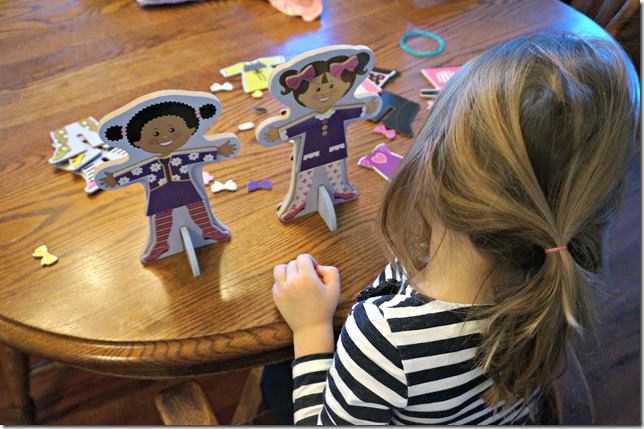 By now it was about noon, so I made lunch and marinated the salmon for dinner while Hailey watched an episode of Daniel Tiger and Kaitlyn played at my feet. 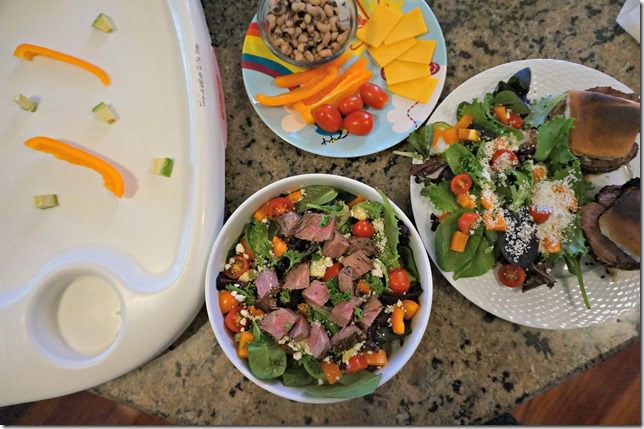 We all ate lunch together which was nice, then Hailey colored and ran around like a nut with her grocery cart while I put Kaitlyn down for a nap. Once asleep, Hailey and I read books together and by 1:30, both girls were in bed. I made a cup of coffee and settled in at my desk. 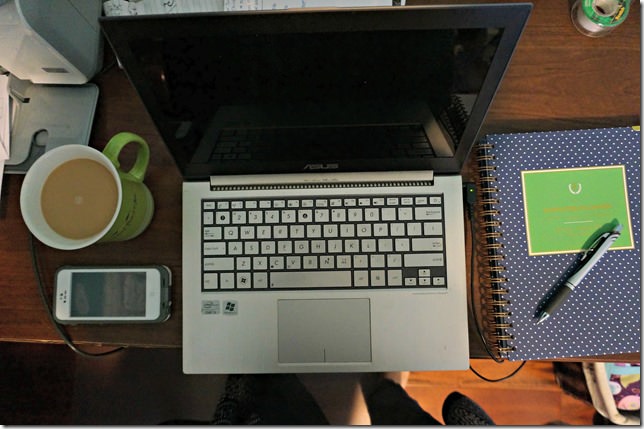 High fives all around for long, overlapping naps because I squeezed in an hour and a half of computer time before hearing Kaitlyn squeak. I nursed her, then enjoyed some snuggles. This girl is a cuddler and it’s my most favorite thing ever. 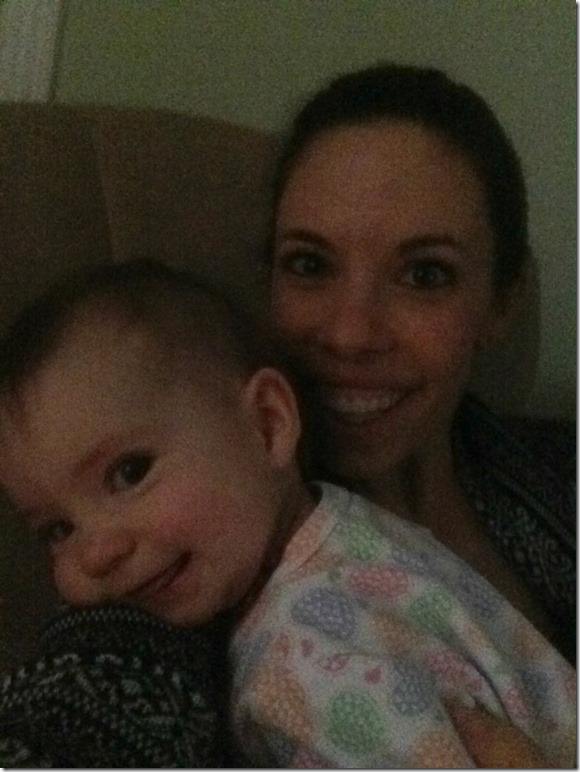 …followed rather closely by this: 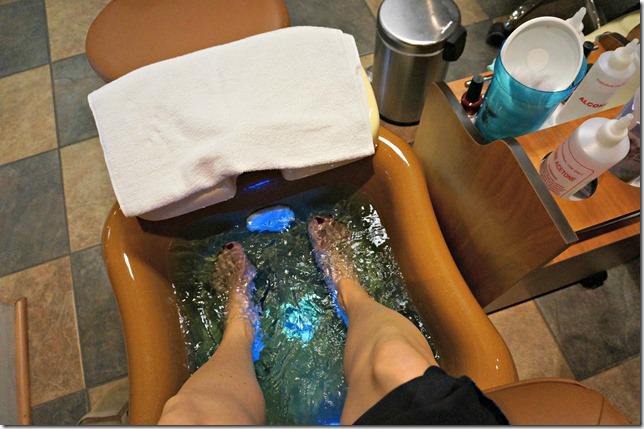 Say whaaaa?! Yes, spoiled. David took a work break and took over for an hour so I could run get pampered. I finally found a place that focuses on the massage. Seriously, they could just dunk my toes in a bucket of paint and I’d be happy with the foot rubs that they give.

Around 4:45, I got home, chopped a sweet potato, threw it in the oven, devoured a spoonful of peanut butter and loaded the girls in the car to pick up K-dizzle. 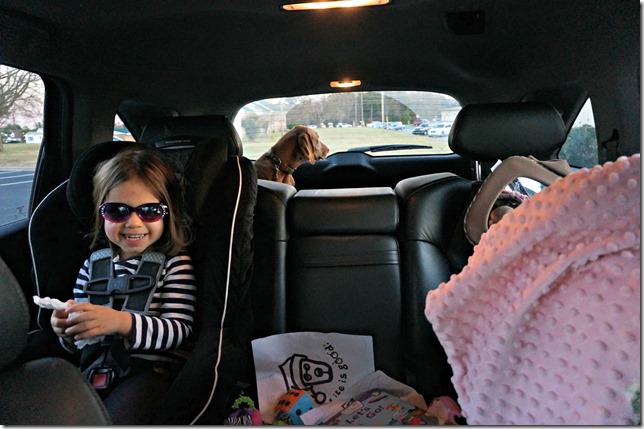 Koda had a wonderful day at daycare. The owners said she didn’t show a say of her 7 year age. Ah, vizslas! 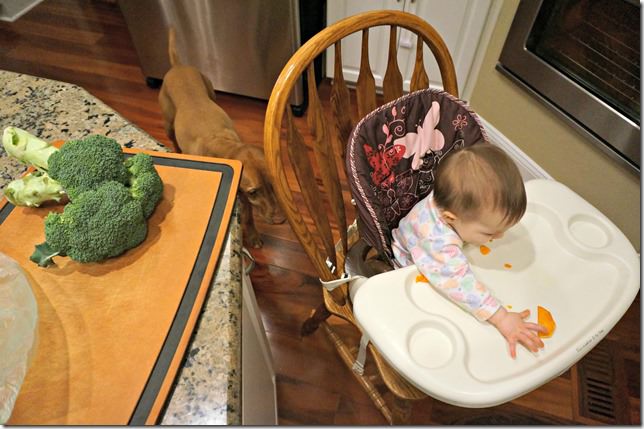 Back home I prepped dinner (and sipped on a glass of pinot noir) while Kaitlyn downed her sweet potato (a current favorite), Koda stood at the ready and Hailey watched the other episode of Daniel Tiger (love that these shows are only 12 minutes!). 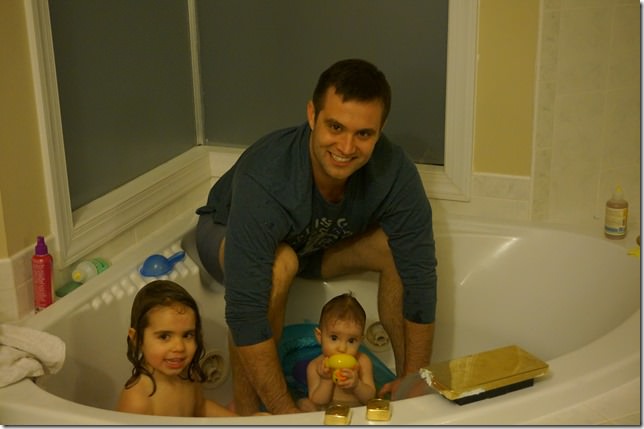 We divide and conquer bed time, so I took Kaitlyn up to nurse and put down and David took off with Hailey to read books. By 7:20, both girls were down and I finished up our dinner. 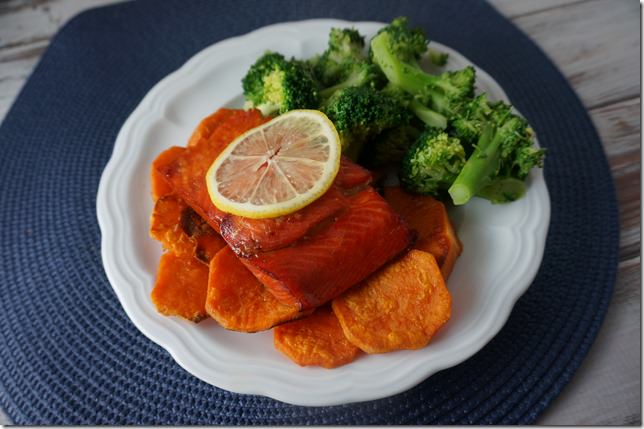 David and I both attended to a little computer work before surrendering the couch for an episode of Black(ish) before bed. It’s a cute show!

Thanks Jenn for hosting What I Ate Wednesday!