Two years ago I hosted a girls night Christmas party and white elephant exchange. Last year we went co-ed and turned it into a Friendsmas party. This year we almost skipped doing anything, but at David’s encouragement we decided to go three years in a row (making it an official tradition?) and throw a Christmas gathering for friends to kick off the holiday season! 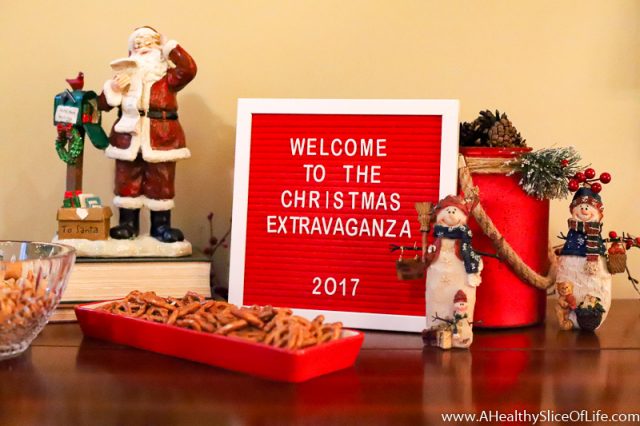 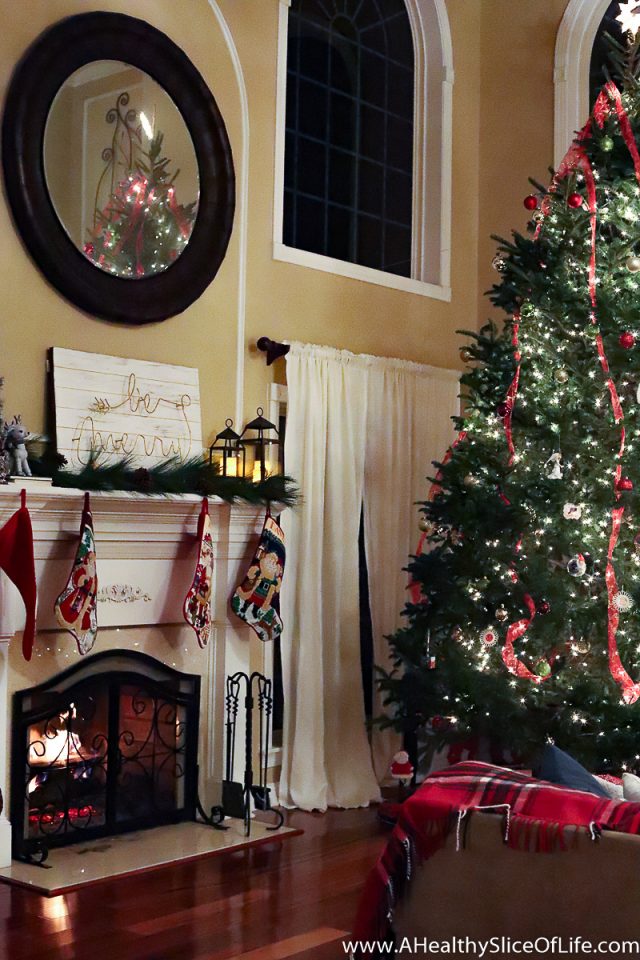 David and I both enjoy hosting and being able to spend time with friends when we aren’t all chasing children or wearing workout clothes is a real treat. So with the simple goal of spending time together in mind, we launched the planning for our Christmas party, which somewhere along the way turned into a Christmas Extravaganza! And this past Friday, an extravaganza was had! 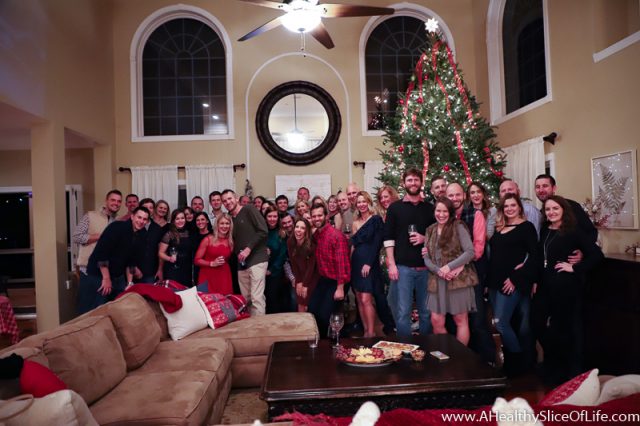 We had intentions of keeping it small and intimate, but apparently we are fortunate enough to know so many wonderful people that before we realized it, our home was full! Full of conversation, laughter, and fellowship (and yellowy lighting, but it gets dark at 5:00 now, so whatcha gonna do?). 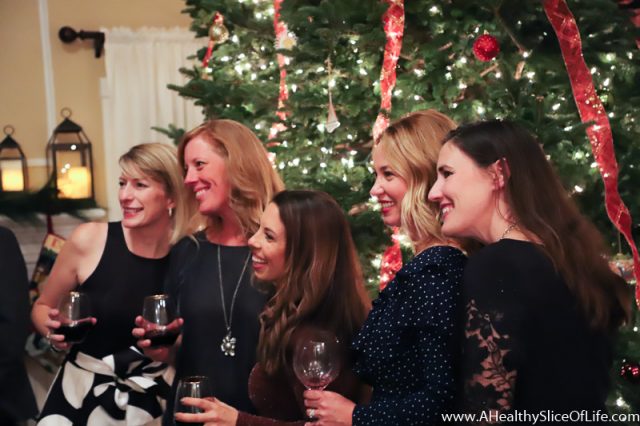 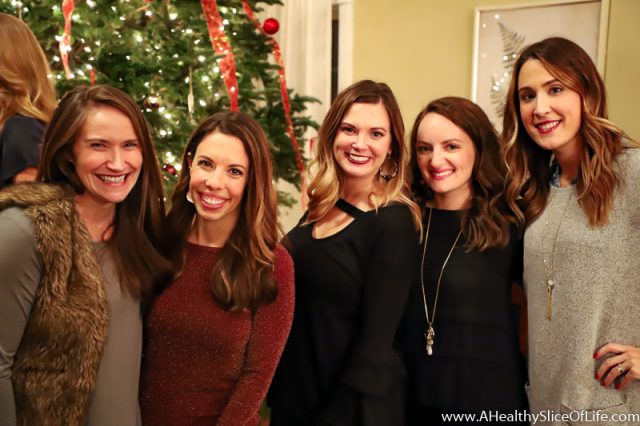 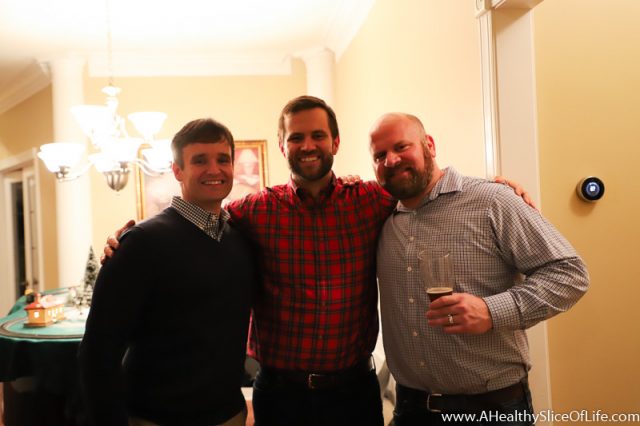 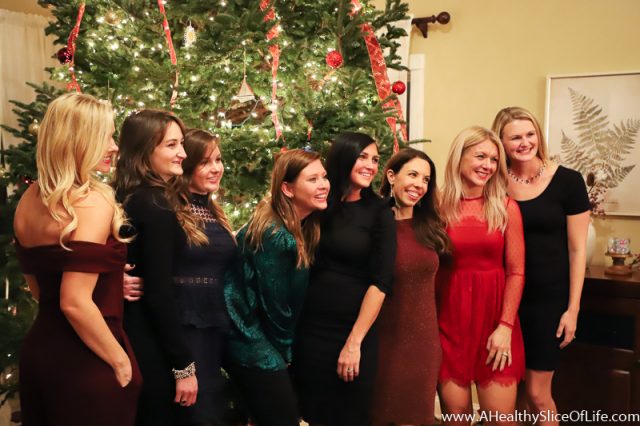 Now, about the food, because food is one of the best parts of a party, right?! Well, let’s chat about it. This post is not a “how to” because if I’m being completely honest, I don’t think I made enough food. Can I tell you how embarrassing that is to admit for someone who LOVES cooking and eating food? Still, the fact that everything was wiped out by the end of the night (or wee hours of the morning?) tells me that I should have built in a little more of a buffer. 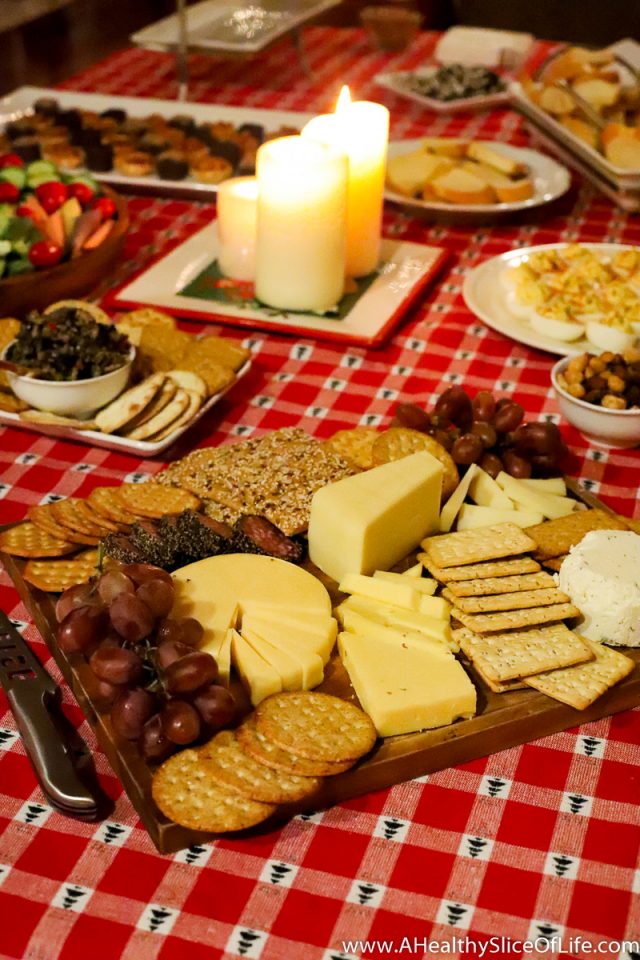 Looking back I probably made two errors.

One: I said no when people offered to bring a dish. Why? I’m not sure. Was I going for super hostess status? Who knows! But when the first offer came to bring a dish, I said no, then felt like I had to stick with it.

Two: I had a lot of light finger foods, but probably not enough, what did David call it? Fill-em-up food? Next time I’ll add in a few more hearty dishes!

The good news, we were well stocked on beverages and no one seemed hungry- at least if they were, it didn’t damper the fun! Plus, the food that I did serve was well-received and I largely have Instagram to thank for that. I asked for suggestions and was flooded with wonderful ideas! Since it is still early in the party season, I wanted to share them with you in case you are in need of some appetizer ideas of your own!

Baked Brie with Apples and Crackers
(using this recipe)

Cocktail Meatballs in the Crockpot
(using this three-ingredient recipe which I would say was fair, not great)

Cheese Board (two of them)

Deviled Eggs
(I should share this recipe because these were a big hit!)

Stuffed Mushrooms
(this recipe and also a hit) 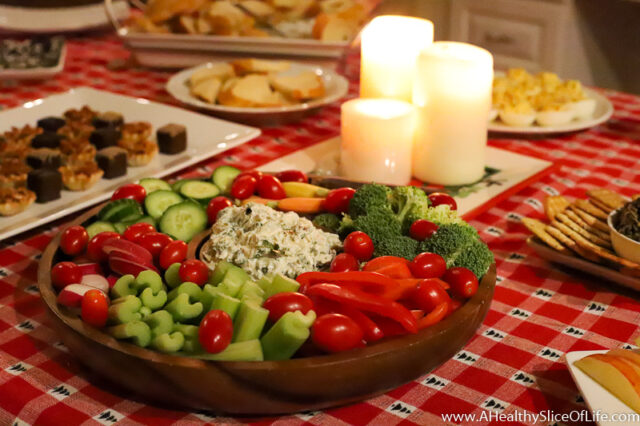 Other suggestions from my research and Instragram polling:

Next time I will probably do two things differently. First, I’ll allow friends to bring a dish if they want to. It definitely would be helpful and I know some people truly love bringing a dish to share. Secondly, I’ll make a few more hearty dips. I love the true finger food appetizers, but think a buffalo chicken dip, baked spinach and artichoke dip, or a layered Mexican or Greek Hummus dip would go a long way!

Luckily none of this hindered the mood of the party. At least not that I could tell! 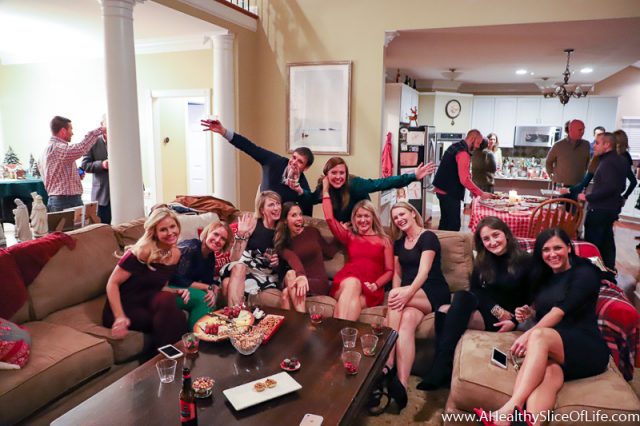 There were a lot of laughs and plenty of pictures taken in front of our over-sized tree!

I’ve come a long way with my hosting abilities. Not necessarily in skill, but in comfort level. I used to be downright insane the day of a party, trying to to get every detail right, but now I have a different perspective. Gatherings are about being together, enjoying the people I am going through life with, and laughing. There is so much going on in all our lives that it’s a blessing to be able to stop just for a moment and celebrate. So if I didn’t buy quite enough crackers or someone sees our messy bedroom (that I definitely did not clean up because why clean when I can close a door and fake it?), who cares! It’s about being together and making memories. 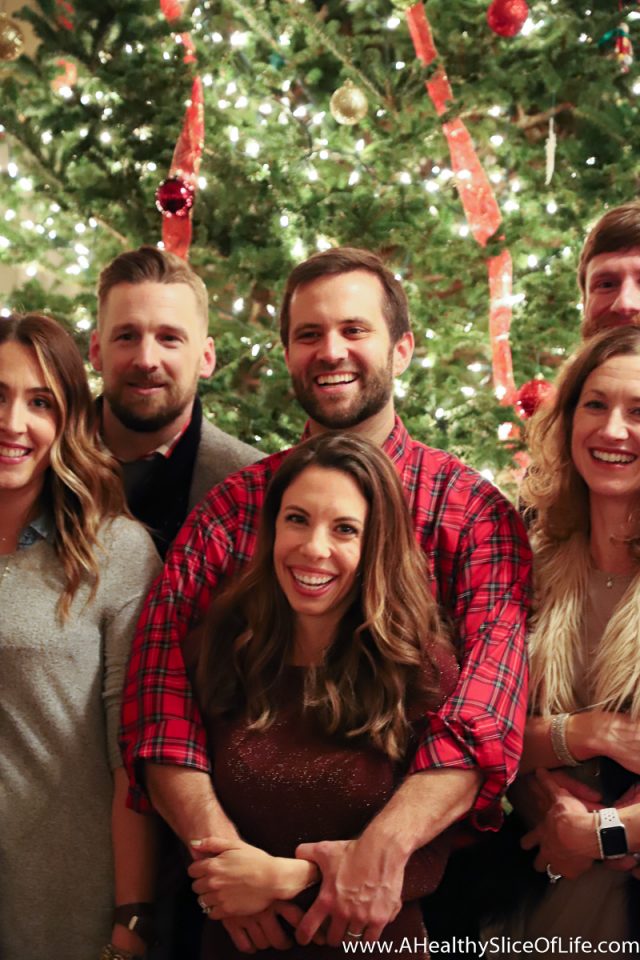 What is your favorite appetizer to eat or bring to a cocktail-type party?

Do you enjoy hosting? Why or why not?

« Treat Yo’Self: A Gift Guide for the Modern Mom
My Homeschool Journal: November/December 2017 »