On Christmas morning, Koda was the first one up and dressed. 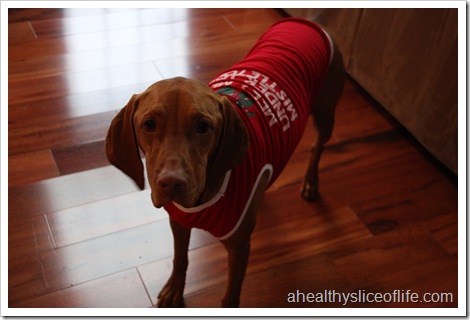 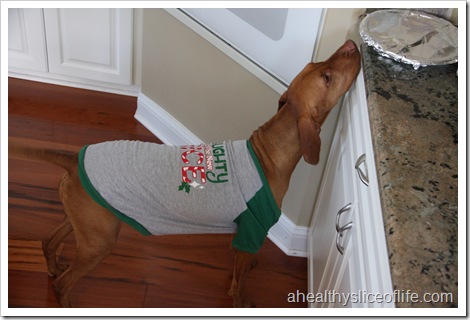 because she had a few goodies from the fat man in the red suit! 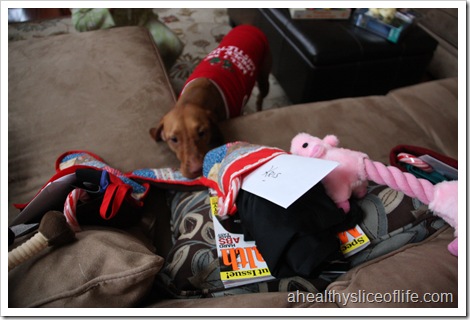 I watched her open her gifts while snacking on one of mom’s famous sweet potato muffins and a hot cup of coffee. 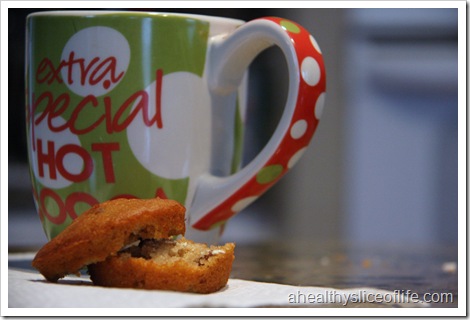 Then it was our turn! I guess mom and dad Santa must really love us because we were spoiled Christmas morning!  I am SO excited about my new running tights, but more on that later on this week 😉 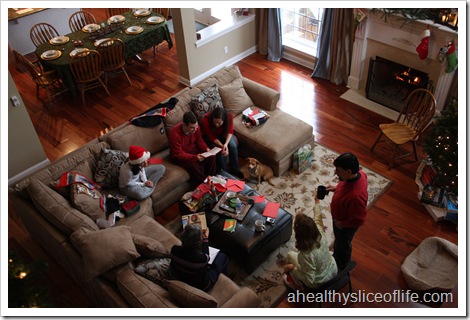 Prep work for Christmas dinner actually began on Christmas Eve when I made the brine. 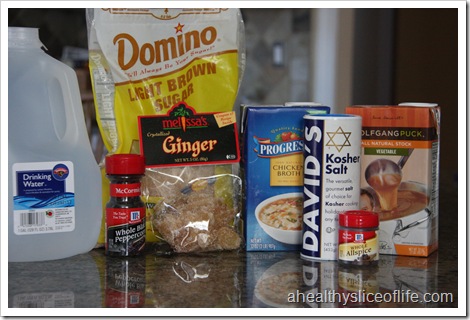 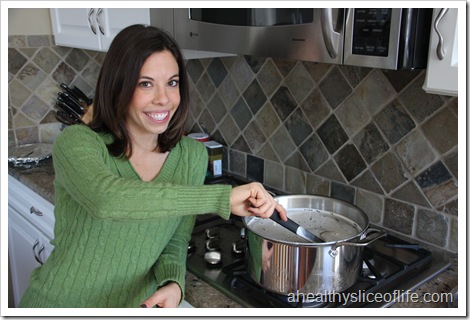 …except that I accidently added water to the brine instead of waiting to do that the day of, so when we stuck the brine outside overnight, it froze. 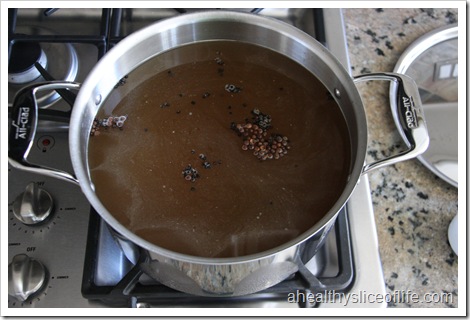 Oops.  But nothing a fire can’t fix! 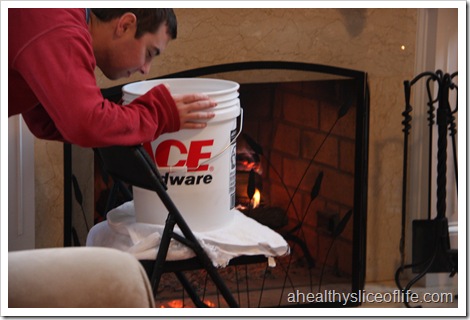 After defrosting the brine and pulling out the innards (with a little help from mom and David ;)): 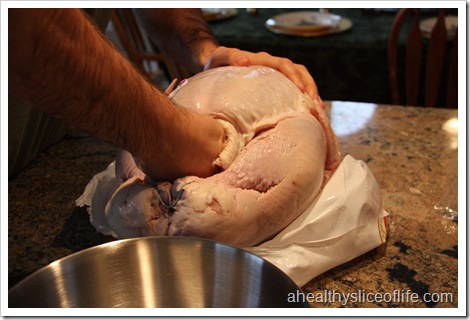 I submerged the turkey in the bucket to marinate until roasting time.

Outside the snow began to fall… 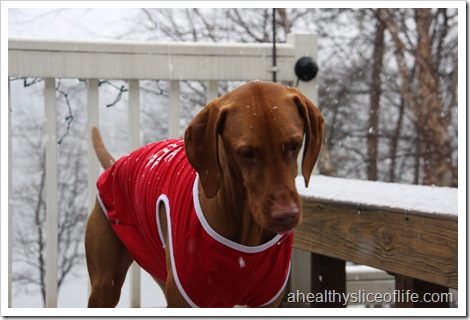 and inside, it was turkey time!

After the turkey was pulled out of the brine, rinsed and patted dry, I massaged the outside with canola oil. 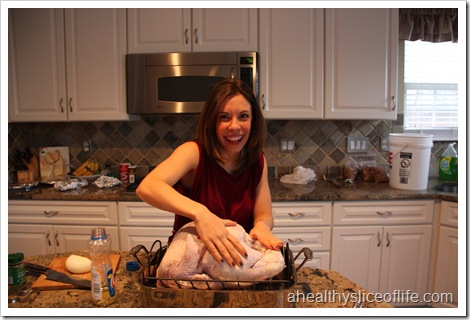 Then I microwaved 1 c of water, 1 sliced apple, 1/2 onion, some sage, some cinnamon, and rosemary on high for 5 minutes and poured the mixture into the cavity of the turkey. 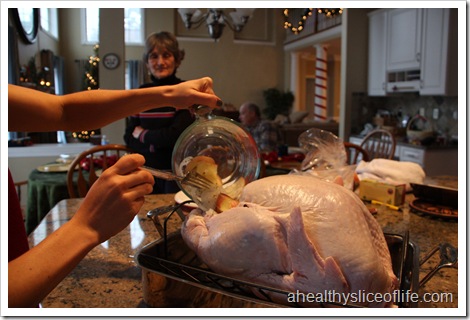 Then I popped the turkey in the oven at 500 degrees for 30 minutes.  Once the outside was seared and crispy, I turned the oven down to 350 for the remaining 2.5-3 hours.

During those hours, we all stayed cozy inside with a roaring fir 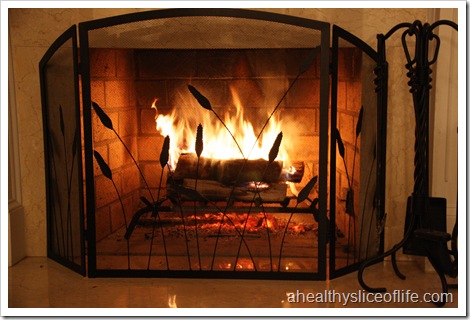 We played with some wonderful gifts we received like David’s new beer tower, which he loves! 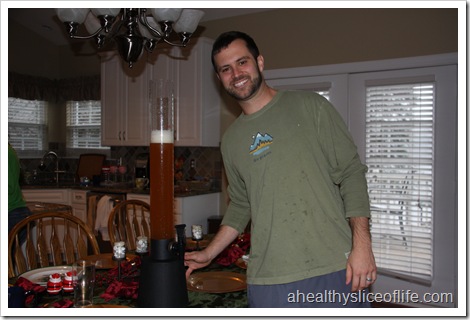 And tried out a few new games, like Wits & Wagers and Bizzer Wezzer. 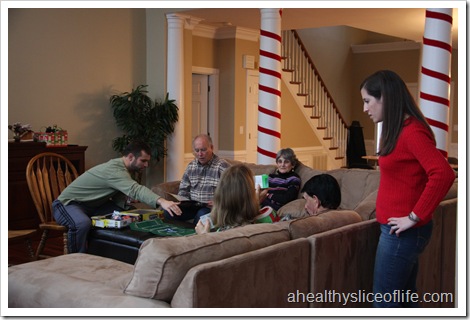 Outside… the snow kept falling! 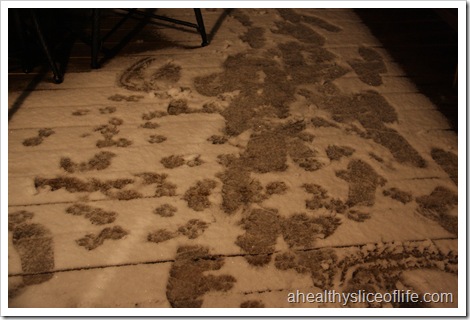 And soon enough… it was dinner time!

Lucky again! The turkey was juicy inside and crispy outside! 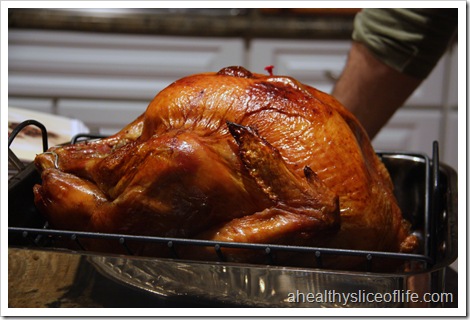 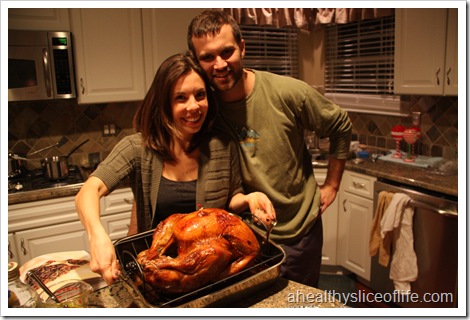 Mom made an amazing giblet gravy and Christmas dinner was served! 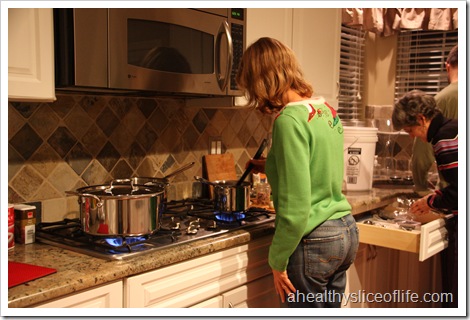 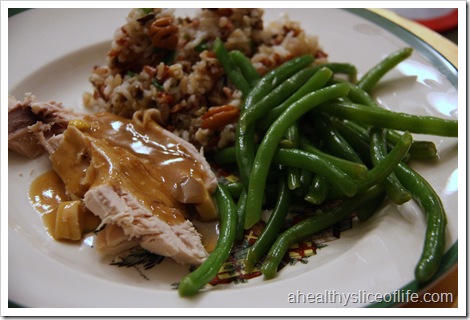 After dinner there was more of the same… pie, games, puzzles, music, and a lot of family togetherness.  I was so grateful that both sides of our family could be together for Christmas and it meant so much to have them here.  I couldn’t be more grateful for my amazing family! 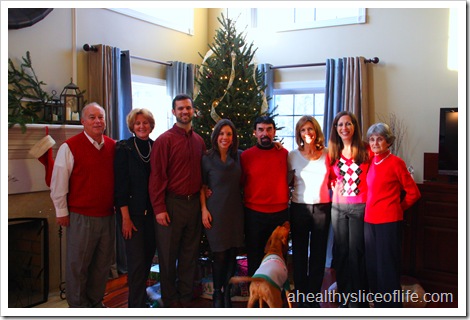 …which includes Brother, who was taking the above picture.  He was a trooped all Christmas long while he was still battling a flu.  What a rock star! 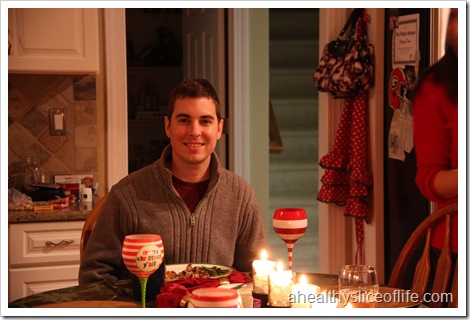 What is the most impressive thing you have ever cooked?

I think mine is a tie between the prime rib and the turkey.  I’ve never been so proud!