This Christmas was unlike any other for me. With Hailey getting to an age of understanding, we really wanted to be home for Christmas. So, instead of the large gatherings I’m used to, this Christmas was to be just us. I’ll admit I was slightly nervous. Would it still feel like Christmas? I’m more than happy to report that though I missed having family there, the day was wonderful. It was cozy, special and so relaxing. Downright amazing.

But it all really started on Christmas eve when we invited friends over for a small breakfast play date. 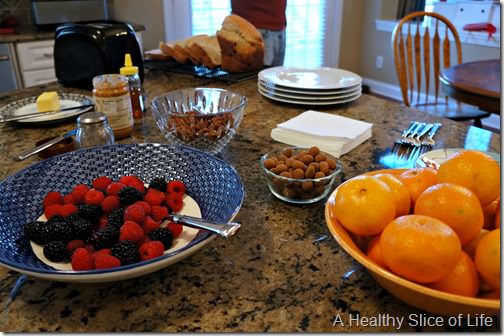 The kids ran around, full of excitement and the adults chatted, when we weren’t busy chasing Hailey and the boys. It was a fun-filled way to start the day.

That afternoon we were invited to a Christmas dinner with friends at 3:30, followed by church.

The food spread was impressive with everyone contributing. We brought freshly baked bread and a classic, a Honey Baked ham.

We wasted no time stuffing our faces. 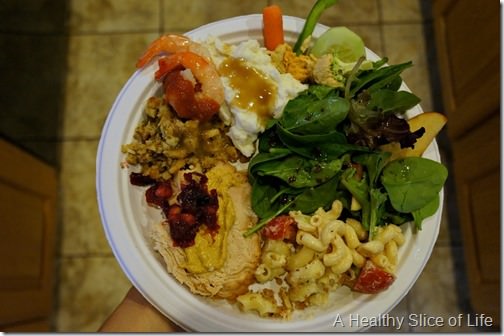 It was a new and wonderful experience spending the day with good friends. 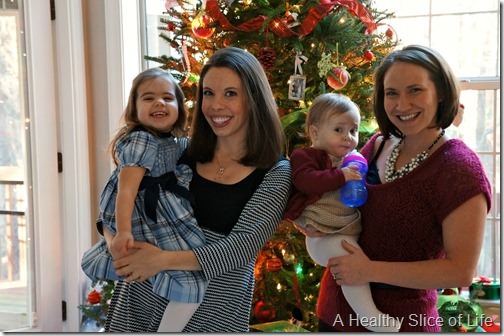 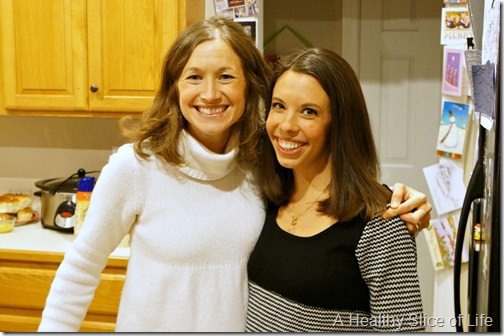 Hailey did fairly well at church, but really lit up when Santa made an appearance! No fear this time. 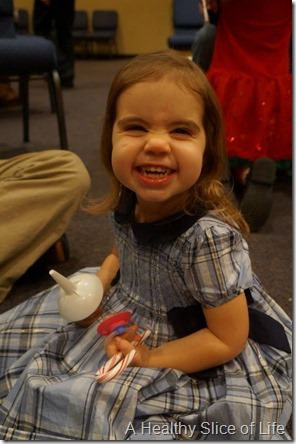 We made it home in time for a little reading before bed. I tried to sneak a picture of the scene, but got caught. 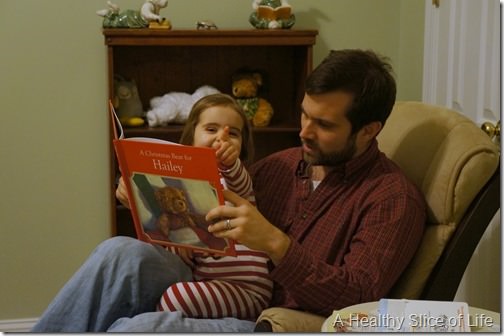 After Hailey went to bed, David and I loaded up on Santa fuel and the big guy got to work while watching Christmas Vacation. A possible new Christmas eve tradition. 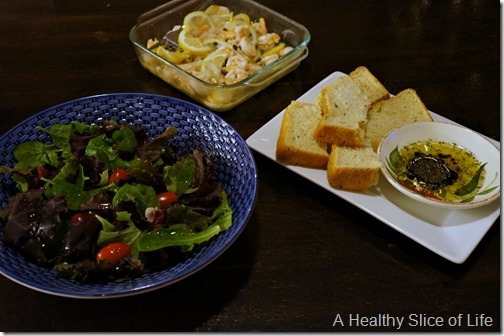 The next morning, David and I woke up at 7:30 to check and sure enough, Santa had come! 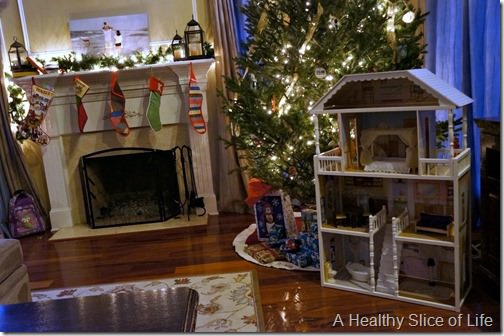 We turned on the music and lights and waited for Hailey to stir. At 8:00 on the nose she woke up. I went to get her and explained to my sleepy girl that Santa had left her presents. We video taped her coming into the living room, so I lack pictures, but she was cautious at first, slowly wandering in and looking around. Once I explained the dollhouse was for her, she wasted no time falling in love with it. 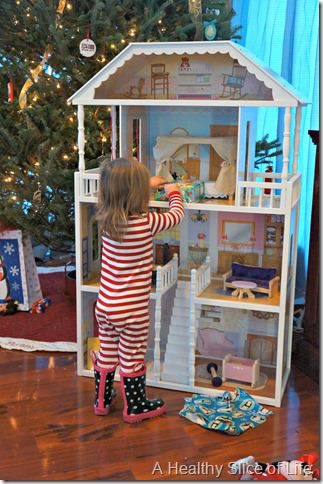 We took our time letting her unwrap presents, as she wanted to open everything she unwrapped. The joy on her face this year was unreal. She loved it! So did we. It was a cozy and special morning as we played, unwrapped and Hailey gently placed each piece of torn wrapping paper in a trash box. 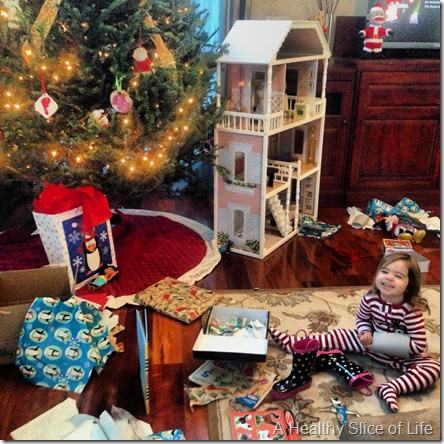 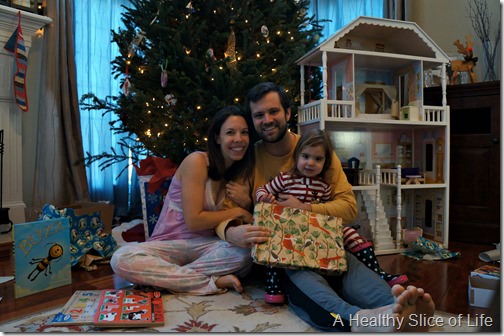 We took a break when Hailey announced she was hungry. I used two day old homemade cinnamon raisin bread (loving our bread maker!) to make some pretty decent French toast, inspired by the samples of 100% Pure Organic Crown Maple Syrup that showed up on my doorstep the day before. 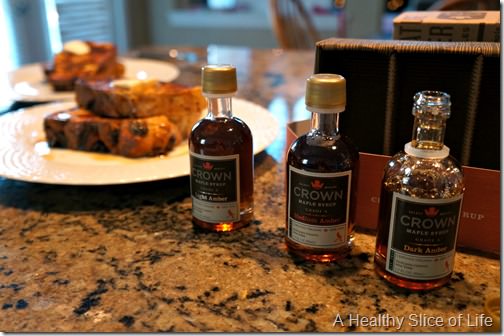 The morning passed by in a relaxed fashion, playing with new toys and skyping with family. 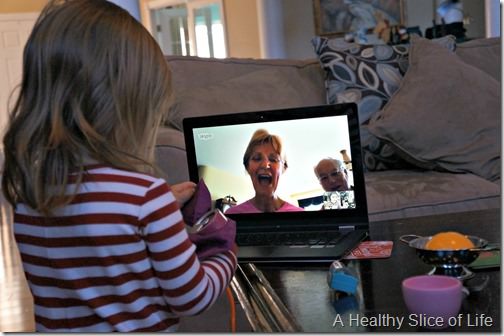 We bundled up to face the 26 degree temperatures for a family walk. 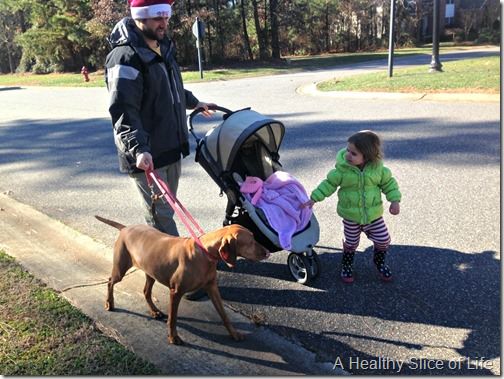 Then returned for lunch and a nap for our worn out little elf. 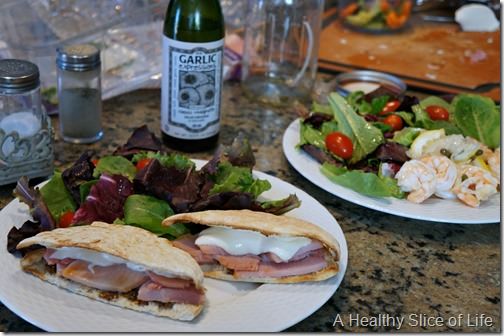 We cleaned up, watched a couple episodes of the Sing-Off and I prepped dinner in the kitchen while a fire crackled all afternoon making the house so cozy. 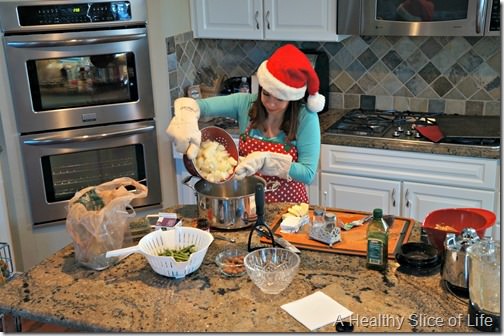 When Hailey woke up, she actually snuggled with me on the couch for a bit, which never happens, before she discovered her stocking. 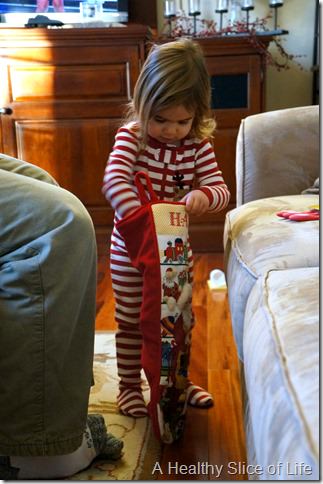 Much like her mom, she enjoyed pulling out the goodies one by one. The big girl undies were a hit! 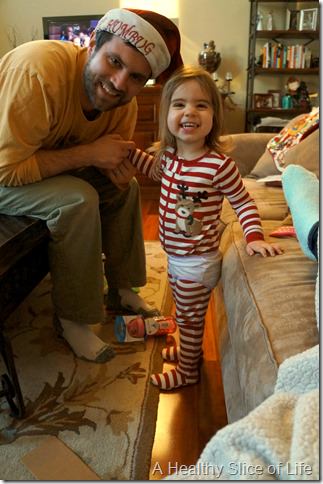 I loved being at home all day long with my little family. I realized how rare that it is. I enjoyed the time we all spent cozy by the fire and how everyone helped out in the kitchen. 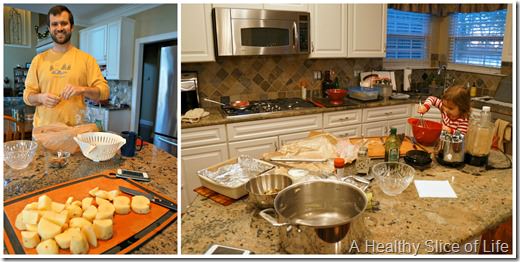 Baby girl must have even felt the excitement too because she kicked like crazy all day long. I finally felt her from the outside! Maybe it meant she approved of dinner? 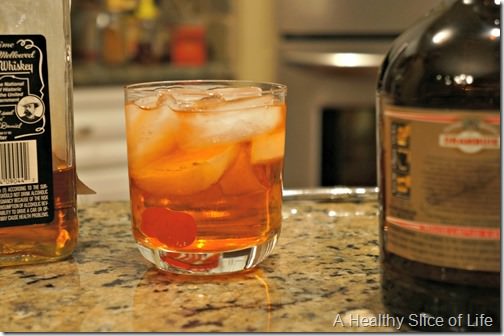 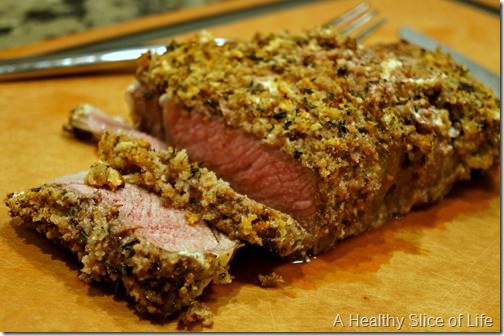 David set the table and we attempted a family meal. 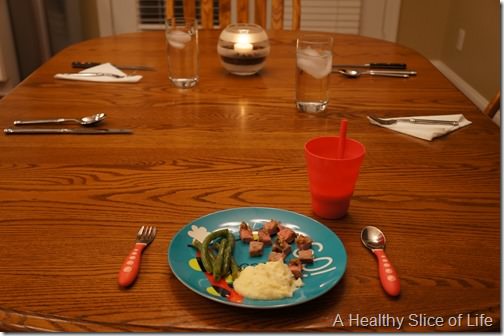 We succeeded for about 10 minutes before Hailey was off to play and David and I were left to grab seconds on our own. I consider that a win. 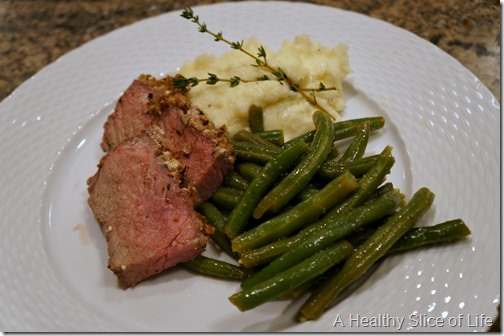 Hailey crashed hard at bedtime. I wasn’t far behind her. After cleaning up the house, David and I plopped on the couch, reveling in the fun of Christmas with a two year old and imagining sharing a bottle of red while cuddling our new addition next year.

What was your favorite memory of Christmas this year?