Cast Iron Skillet 101: How to season, cook in, and wash your skillet for a lifetime of use!

For as much as I love being in the kitchen and cooking, a few things still intimidate me. Risotto (I get really nervous about keeping up with all the stirring), fancy baking like a macaroon, and up until recently, the cast iron skillet. 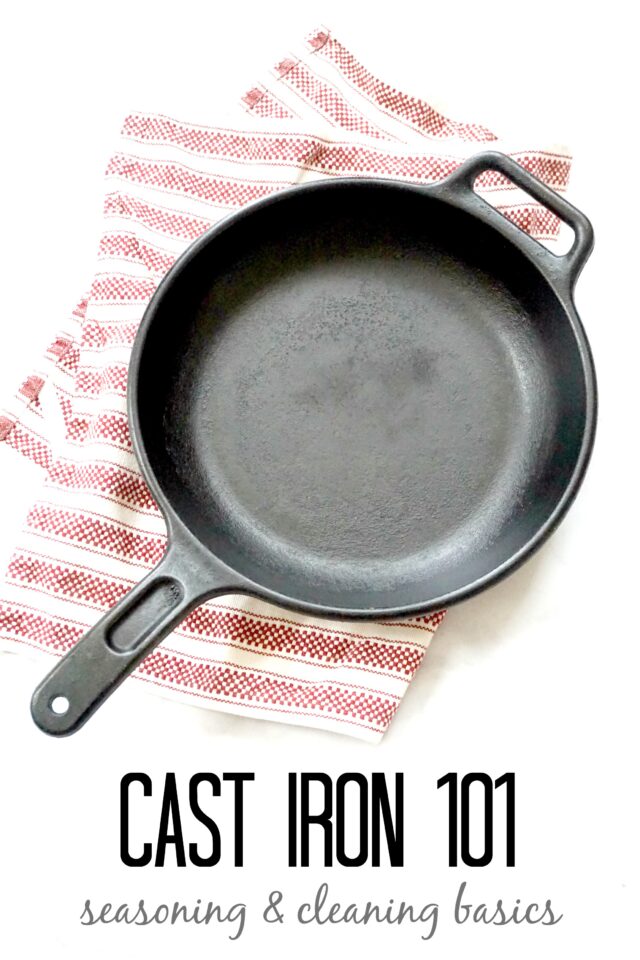 I’ve owned a cast iron skillet since our wedding, but never really took the time to learn about it. Sure, I’d use it too sear a steak, but in day to day cooking, I was hesitant about the use and clean up of the pan. Then this Tasty video about cooking and caring for cast iron popped up on my newsfeed and I was inspired. I realized right away that my main issue was most likely that my pan needed to be re-seasoned.

What is seasoning? Cast iron is a porous surface, so seasoning a pan is when you bake oil into the surface to keep food from sticking to it. Some cast iron is sold seasoned and others aren’t, but all cast iron can be reseasoned at any point if you find your food starting to stick.

How to Season a Cast Iron Pan

1: Don’t be intimidated. It’s so much easier than I imagined! Also, preheat your oven to 500 degrees, or as high as it will go.

2: Scrub the entire pan with steel wool and a gentle dish soap. This blew me away because the one “rule” I thought I knew about cast iron was no soap. While it’s true during day to day use, to season it, you need to really get down and dirty. Don’t just scrub the cooking area, scrub the handle and backside as well. 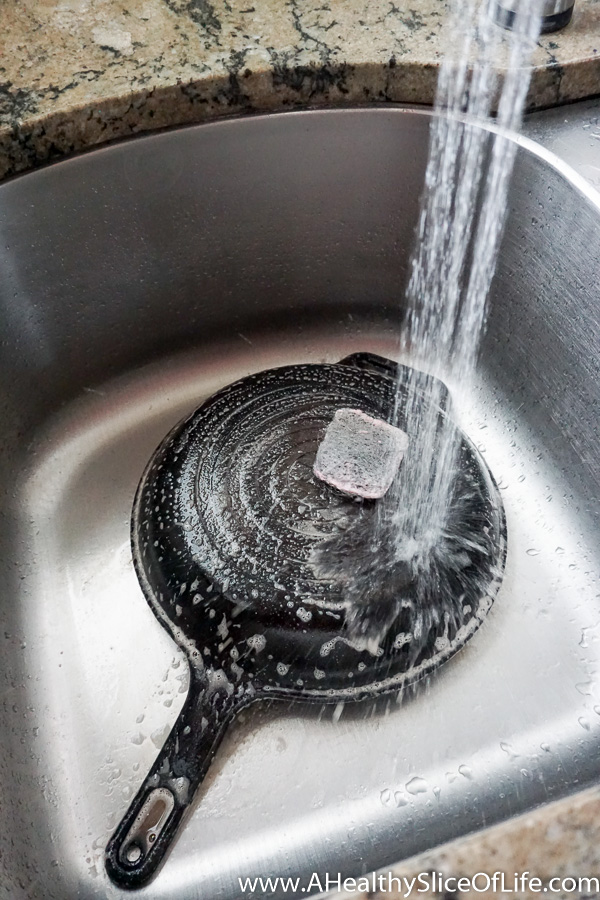 3: Rinse and dry. Rinse thoroughly with hot water then dry with a dish towel. You want to make sure the all the water is gone because cast iron is very susceptible to rust. Because of that, put the clean pan on the stove on medium high heat until thoroughly dried. 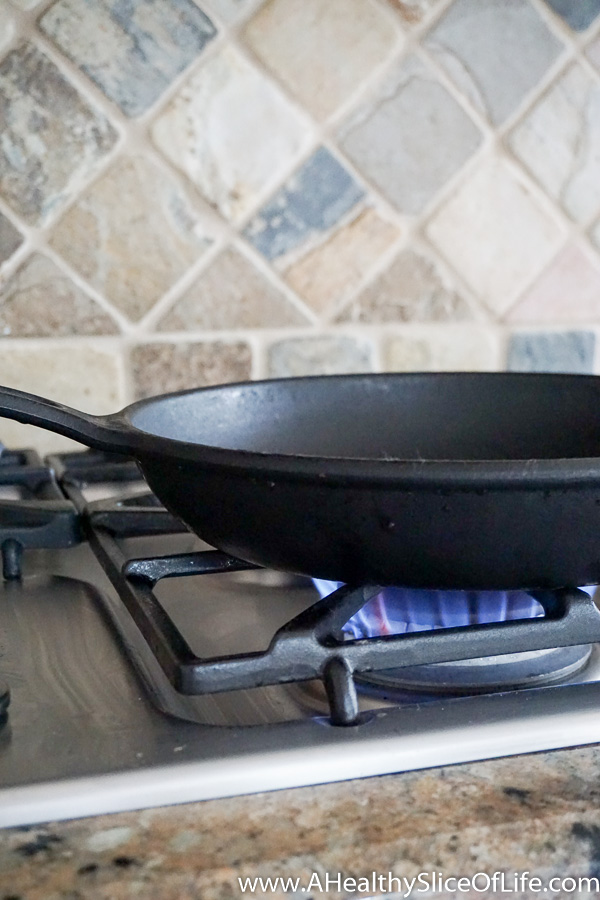 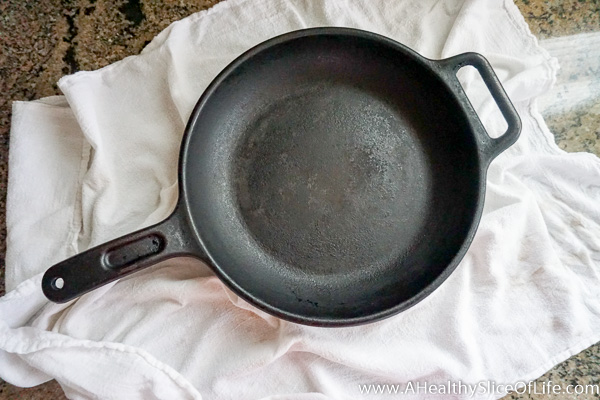 4: Cover the entire pan with a thin layer of oil. The word on the street is that flaxseed oil is the best of the best because it dries the hardest and creates the best nonstick surface, but canola oil is also a fine option. 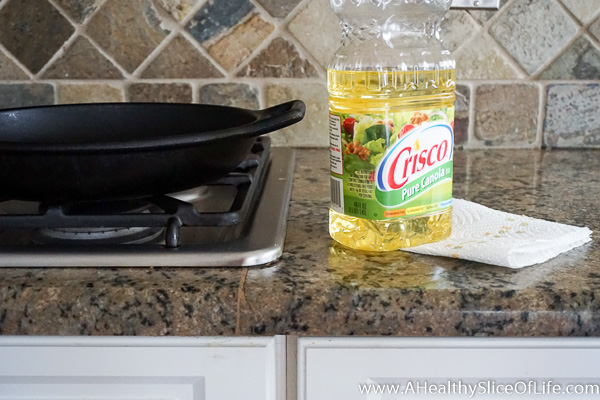 5: Wipe off all excess oil. It’s really important that you only have a thin layer of oil, otherwise your pan will come out of the oven sticky. 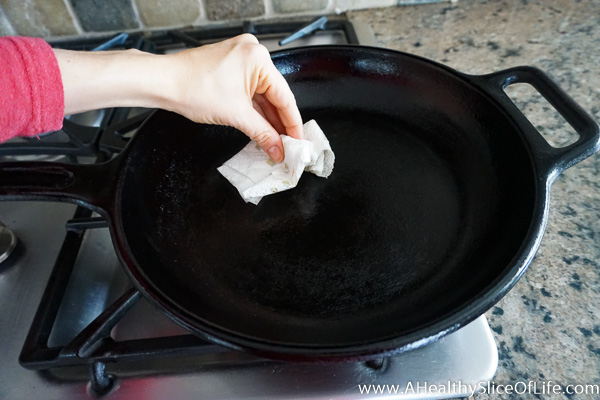 6: Place in your 500 degree oven for 1 hour, then allow to cool. With this step, you are baking it so high to get the oil past its smoke point to actually seep into the pores and create a solid surface on the pan. 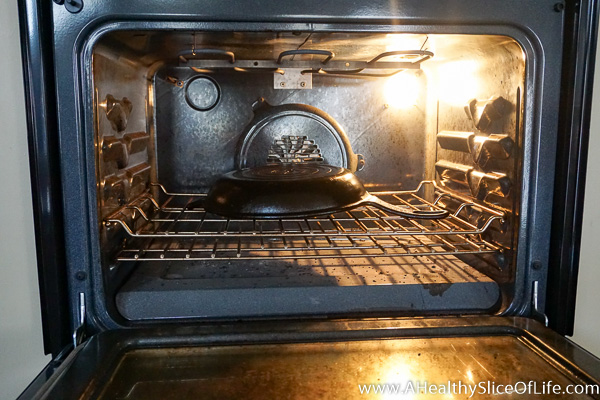 That’s it! You are ready to go with a newly seasoned cast iron.

[Tweet “Cast Iron Skillet 101: How to season, cook in, and wash your skillet for a lifetime of use!”]

Cooking with a Cast Iron Skillet 101

Always preheat the pan on low before adding anything to the pan. It doesn’t heat up evenly and will not warm up fast; give it 5-8 minutes to lowly warm up. Don’t ever put cold food in a cold pan.

Don’t move the food around. I never realized how often I made this mistake with meats. I would try to go flip it and it would stick. That means it wasn’t ready yet. Now I wait another minute and once that beautiful caramelized crust forms, the meat gives easily and I know it’s ready to flip.

Go light on the acidic foods. Until your pan is well seasoned, they can strip the pan of its seasoning and result in discoloration of the pan and a metallic taste. (more: what not to cook in a cast iron) 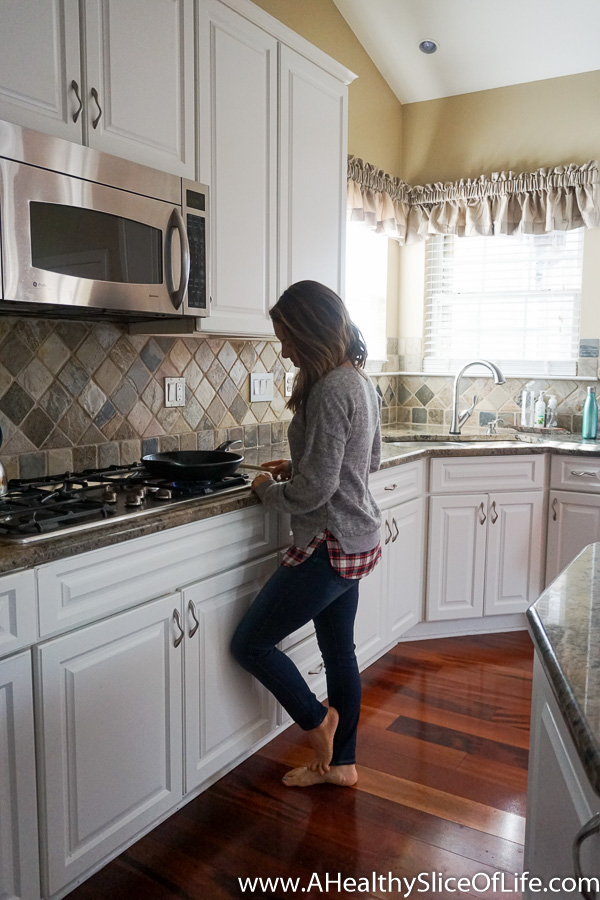 Don’t wait for pan to get completely cold to clean. Fairly soon after using it you will want to was it. If the pan is too hot it could crack but if its too cold then the food will stick.

Don’t use soap. Just use a salt, hot water, and a non metal sponge to scrub.

*Edited to add: at the suggestion of a reader, I purchased this product to clean my cast iron and have been thrilled at the results!** 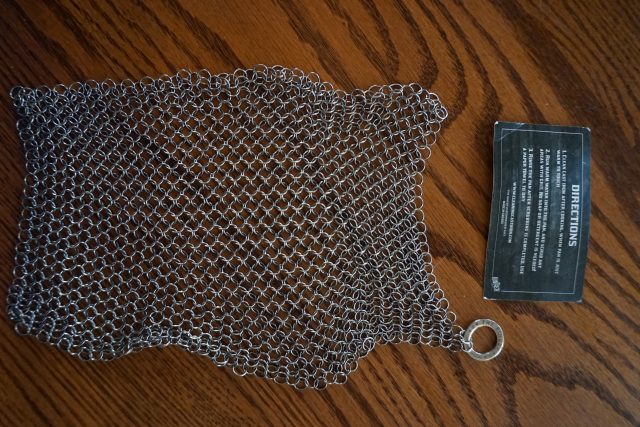 Towel dry and just like before, make sure it’s super dry by heating it up a bit on the stove.

While still warm, add a thin layer of oil to the surface, heat it up until the oil is smoking, then allow to cool completely. 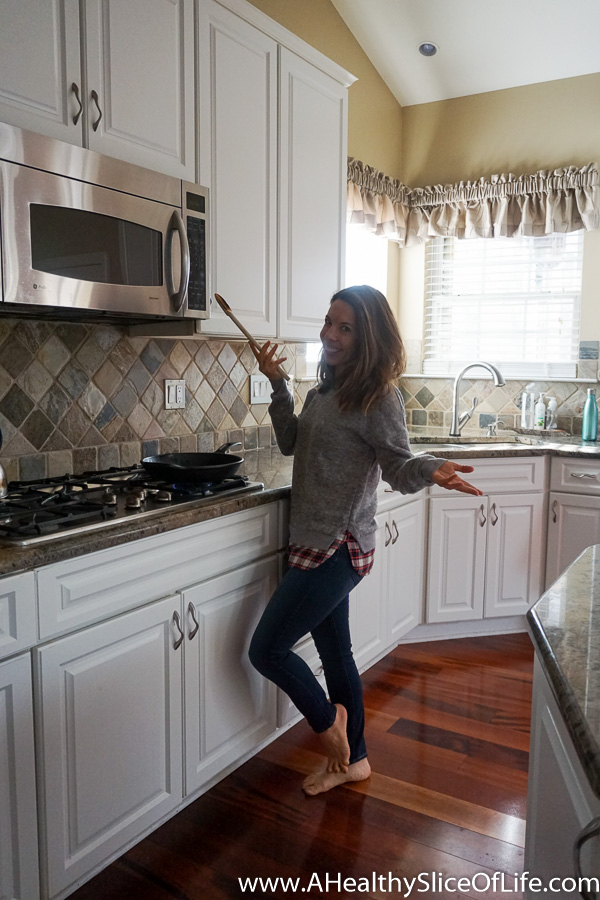 It sounds like more work than it is, I promise.

So why go through all this to cook with cast iron?

It stays hotter than other pans, which makes it ideal to serve it.

You can start dishes on the stove and put them right into the oven.

The iron from the pan actually leaches into the food (that’s a good thing!). This is one reason I cooked with cast iron more while I was pregnant; to help me get more iron in my diet.

They last forever and get better with age and more seasoning. Start with a good, quality skillet, like this one, and you will be passing it down to your grandchildren one day.

Do you use a cast iron skillet?

Why or why not?

What kitchen or cooking tasks intimidate you?