Good morning, I hope everyone had a nice weekend! To be honest, I don’t have a whole lot to share this morning, as our weekend was low key. We’ve had some health stuff going on in our extended family and though I don’t feel like any of that is mine to share, it’s occupied a lot of my thoughts lately and I’m happy to report situations seem to be heading in the right direction.

But as for the weekend, let’s see… it started off with grocery shopping! Do I know how to celebrate a Friday or what? 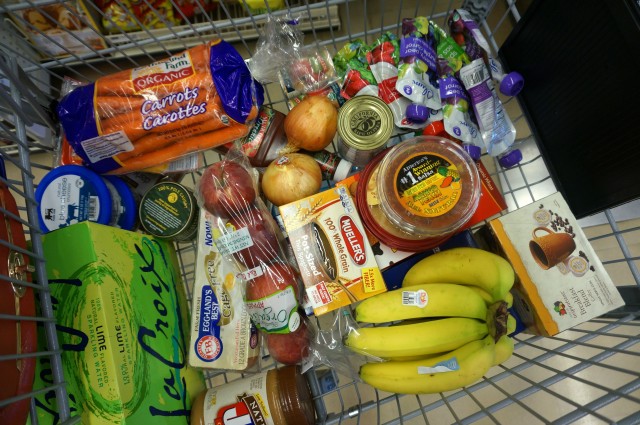 Whenever we need to stock up on essentials like soy sauce, brown sugar, tin foil, la Croix, etc, I do my best to make it to two grocery stores. Food Lion has excellent prices and pretty good selection (organic pouches were 10 for $10!) so I make a run through there to stock up on a lot of basics before going through Whole Foods. 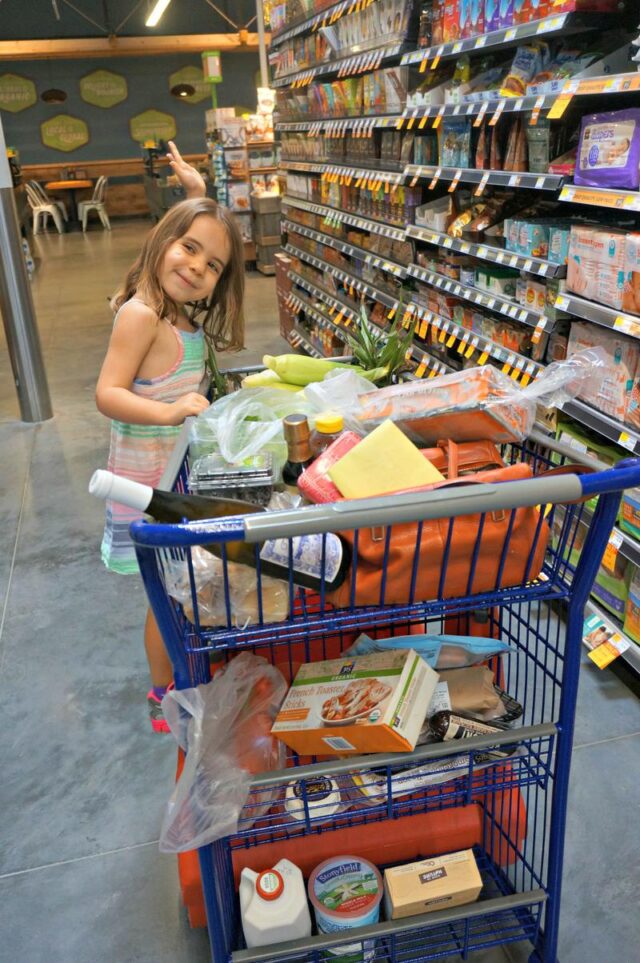 We celebrated the stocked fridge and pantry by picking up Papa Murphy’s pizza. The mornings around here have been pretty pleasant, so we took a family walk that occupied most of Saturday morning. We are lucky to live near a lot of “secret paths” that make for fun adventure walks for the kids and Koda alike. Saturday afternoon was relaxing as well. 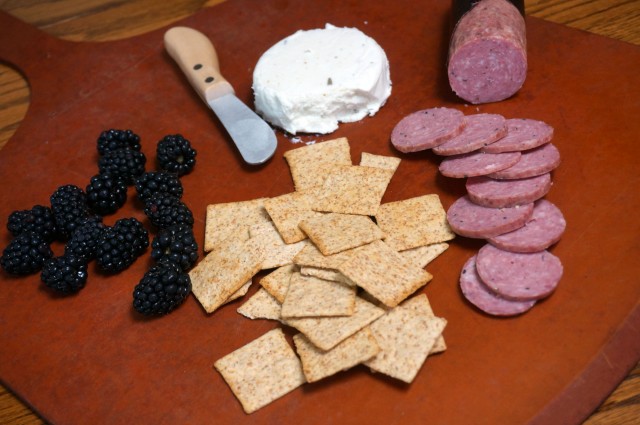 We snacked like we had friends over (we didn’t) and tried a new beer. 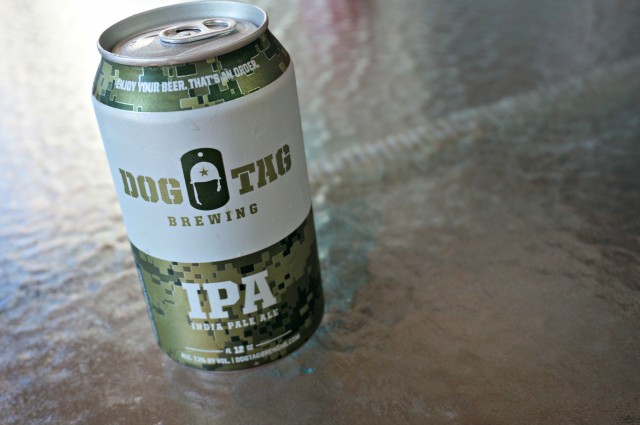 Have y’all seen this? Dog Tag Brewing has a story of a fallen American hero on each can and a portion of the proceeds goes to that specific family. Isn’t that amazing?

Sunday morning we all overslept. Like REALLY overslept. We all got up at 8:30 and if you asked me how that was even possible I would tell you I had no idea, but somehow it happened and it was glorious. After breakfast, Hailey was begging to go do only one thing. 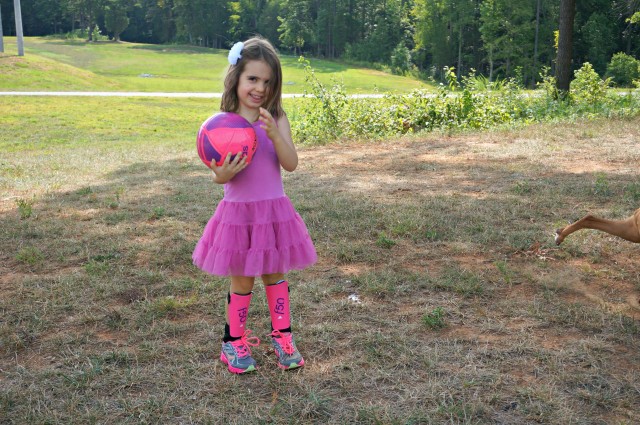 So we took to a local park and had a blast kicking around the soccer ball. She did so much better than I expected and we had to pull her away eventually. She just loved it. 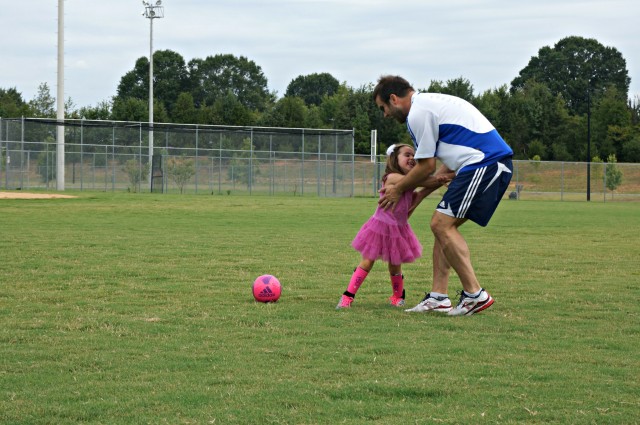 By the end, Kaitlyn was even kicking the ball rather than picking it up and running away with it. I call it a success.

The afternoon was filled with food prep, a periscope (Ahealthyslice) attempt in which afterwards I realized I was sporting my super sweet orthopedic slippers, and a lot of chores. Laundry, cutting the grass, cleaning the porch, picking up toys, washing sheets, the regular. 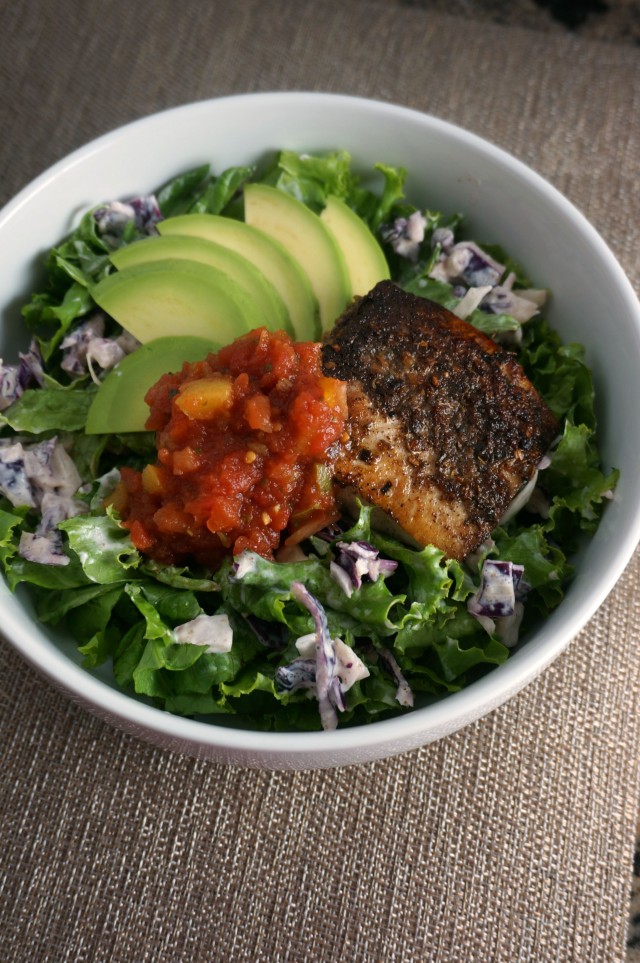 After eating more tortilla chips than I should admit to, I opted for a naked fish taco. I made a slaw from purple cabbage, sour cream, lime juice, honey, cilantro and salt and pepper that paired perfectly with the Jamaican jerk mahi mahi and the mango peach salsa.

Tell me about your weekend; it had to be a bit more exciting than ours!

Do you hit up more than one grocery store a week?

Pre-kids I’d hop around to about 3 weekly, but that’s not an option these day.